Why invite former stripper to choreograph part of opening ceremony of YOG? 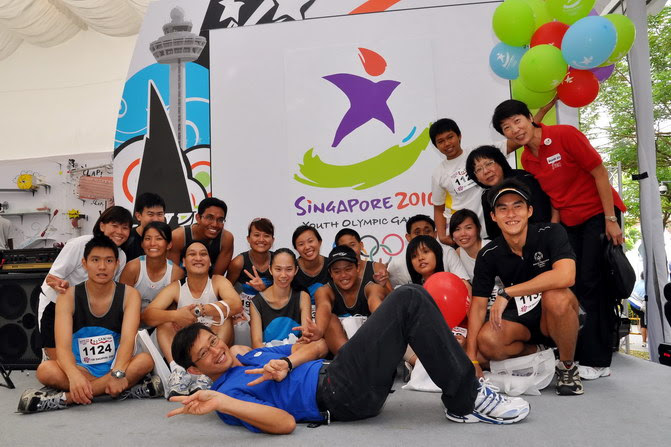 I was troubled that Bobbi a former stripper from Sydney, who left home when she was 19 to work in a club in Japan, was being invited by the organising committee of the Youth Olympics Games (YOG) in Singapore to choreograph a part of the opening ceremony of the YOG, and wrote in to the Senior Parliamentary Secretary of the Ministry of Community Development, Youth and Sports Teo Ser Luck, to seek his clarification, as to why Bobbi was selected.

The organisers of YOG, may unwittingly send the wrong subtle message to the impressionable youths who are not only participating in the Games, but also supporting and cheering the athletes competing in the Games. The message that sleaze is alright, as long as you get to be successful in the end.

Mr Teo was in the forefront of Singapore's bid to host the inaugural YOG, and his team and he should have been more careful as to who they invite to play prominent roles in YOG.

Mr Teo is yet to reply to my email.  My email is here:

One of Bobbi's pole-dancing routine:

Anonymous said…
Lest we cause a moral panic, I think the version in the YOG will be toned down one, unlike the one you see in the youtube video.

Anonymous said…
Anything is possible in Singapore nowadays. Mr Teo will probably write back, if he ever, that 'we need to move on with the times'. The favourite line of Ministers.
July 14, 2010 at 2:21 PM

Soojenn said…
They already welcome "chickens" from the PRC in droves, what is a former stripper compared to these prostitutes in form of "study mama", students studying english.. and god knows what.. you see in Joo Chiat, Geylang..

Amaryllis said…
I am not sure I understand - is pole-dancing going to be part of the opening ceremony? Or is she going to choreograph another type of dance for the ceremony. And if it is another type of dance, I am sure there must have many other professional dancers to pick from.
July 22, 2010 at 12:31 AM