The Presidential Election needs no further tweaks or tampering 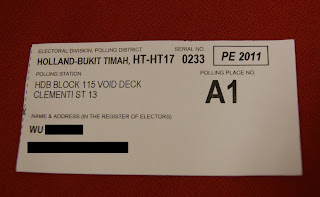 There have been calls for tweaks to the elected presidency. One letter writer fearing that a multi-cornered contest for the Elected Presidency may mean that the candidate who is eventually elected may win with only a small percentage, raising concerns of the winners political legitimacy, suggests having 2-rounds of voting when there are more than 2 candidates contesting for the Office.

Although in principle I agree that a Westminster Parliamentary system such as ours does not need an Elected President, because we have a Parliament which is overwhelmingly dominated by one political party, the rationale for an Elected President to safeguard national interests and for good governance is a pragmatic one.

The fear that there being more companies with a paid-up capital of $100 million means that more Presidential candidates may emerge is an unfounded one. Also, having more candidates need not necessarily be bad, for it would mean that the electorate could see the diversity of possibilities within the constitutionally limited custodial powers of the Elected Presidency and vote for the one who they best identify with.

At the close of the hotly contested Presidential Election of 2011, Prime Minister Lee Hsien Loong expressed that he felt reassured by Singaporean voters for they recognised and valued the strengths as well as the inclusive approach of the winning-Candidate and the first runner-up, in voting for them. We must continue to believe in the wisdom of the electorate, that they will make the choices which are in the best interest of the country.

Moreover, all aspirants to the Office must first pass the stringent scrutiny of the Presidential Elections Committee which qualifies them for the contest. This gives voters the assurance that whoever wins in our first-past-the-post electoral system, regardless of the margin of victory, is well qualified for the job.

The Elected President holds two key veto powers, one on the use of national reserves and the other on appointments to top public sector posts. These are important checks against the Executive whose Party holds an overwhelming majority in the House. The Elected President therefore must have the moral high-ground of being elected to the Office by the citizens of Singapore.

The system of election for the Office of the Elected President is fine as it is and don't need any further tweaks or tampering.