"But there is one tweak to this market which may be needed to make sure it remains affordable to Singaporeans.

At present, permanent residents are allowed to buy resale HDB flats - this door was opened to them in 1989, presumably to make the country more attractive for PRs.

But it might have inadvertently caused prices to move up and, more critically, weakened the link between local wages and resale prices.

The PR numbers are in fact not insignificant - it was reported last year that they accounted for 20 per cent of all resale transactions in 2010.

That's one fifth of all sales, enough to move prices significantly.

Making the HDB market - both for new and resale flats - exclusively for citizens is the best safeguard for the future to ensure that public housing prices will always remain within reach of the majority of Singaporeans." Han Fook Kwang 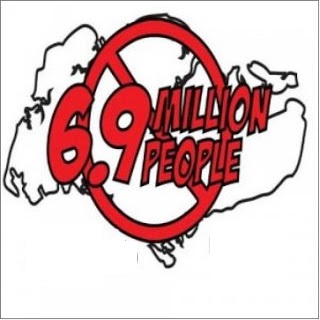 Another protest has been planned, and one of the calls of this protest is that the Government's recent announcement, that Permanent Residents would now have to wait 3 years from the time they are granted their permanent residency if they want to buy a HDB flat, is not enough. The organisers exact words:


"We also want the government to disallow PRs to purchase second-hand HDB flats as they are the main cause for the doubling of flat pricing in six years. If they want to purchase houses, they must buy from the  private market."

The organisers of the protest are not wrong in calling for the public housing to be made available exclusively for citizens. But it is a call that has come more than 2 decades late. As ST's Han Fook Kwang rightly pointed out, the PAP Government opened the floodgates for PRs to buy resale HDB flats in 1989. The price of HDB flats has sky-rocketed since then. But it is not in the interest of most citizen home-owners to close-off this access to public housing to foreigners abruptly.

Since the policy reversal in 1989, a lot of citizens's retirement income is tied-up in their HDB flats. That's not a good thing, but that's what we have now. If you make public housing totally inaccessible to foreigners now, it may mean that the HDB resale market will crash, because the foreigners, even if they make up only 20 percent of the HDB resale market, have the purchasing power to ensure that the HDB resale market remains stable. If this market crashes abruptly, citizen home-owners may lose hundreds of thousands of dollars each which is locked-in in their HDB flats.

Of course the PAP Government is trying to put a lid on the problem the Government itself created, and requiring foreigners to wait 3 years from the time they are granted PR to buy a HDB flat is a better solution to the problem, than the one the organisers of the protest are calling for.

In addition to the 3-year rule, I would also support the following restrictions for foreigners wanting to get a slice of our public housing:


Even if their intent may be to ensure a 'Singaporean Singapore', the protest organisers' call to disallow foreigners total access to the HDB Resale market seems like one that is not well thought through. It would have made better sense if they had positioned it as an ultimate end goal, in at least a decade or more. But certainly not immediately.

As it stands now, this call of theirs risks alienating the middle ground.