How are existing regulations inadequate Yaacob? 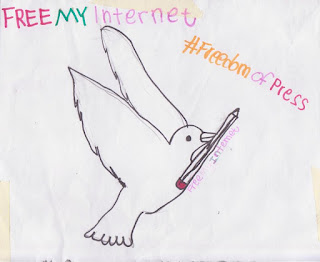 The Information Minister Dr Yaacob Ibrahim stressed today at a press conference that the new licensing regime for online news sites was introduced because behaviour online must be regulated. Very few of even the most anarchic of bloggers will argue that there has to be zero regulation for the internet.

What the Government has failed to explain adequately still is, how the previous regulation has failed, so that this new draconian amendment to the existing legislation has got to be implemented now.

In fact, the example cited by the government, that the movie 'Innocence of the Muslim', was blocked by Google after the government requested them to do so, suggests that the regulations before the recent amendments are adequate. In fact they were is so adequate that Yahoo! changed its initial title to an article on the strike by the PRC drivers of SMRT to something milder, apparently after government requested Yahoo! to do so.

So, if the two big online news sites have acted positively to accommodate the government's request, it only proves that the previous regulation was adequate. So, when Yaacob says, "an even higher level of responsibility and accountability should be expected of sites that provide news", I fail to understand what is this higher level of responsibility and accountability that is expected by the government.

In fact, with the following comment from by the government and Yaacob, the intent of this new regulation becomes very apparent:


"The ministry added that an individual licence also places a stronger onus on the licensee operating the website to be aware of its legal obligations and to report responsibly..."

"...I want the online community to understand this is not an attempt to clampdown on anybody. It's really to ensure that those in the business of reporting news do so responsibly." (link: http://bit.ly/18PfxZu)