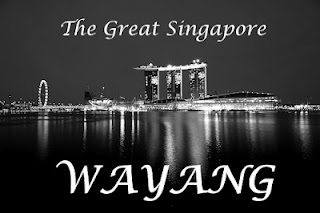 NOTE: CNA's VP of English Current Affairs has contacted me (via email and phone call) on 5 September 2012, to apologise on behalf of her "team for causing this misunderstanding". I have accepted her apology.

---
On Aug 21, I had a call from a Producer from CNA saying that they are organising a Forum with the PM, to discuss his National Day Rally Speech, and asked if I would participate. I said 'yes'.

We had several exchanges of email after the phone call, where the Producer gave me a synopsis of the Forum, I sent my brief bio, etc. Finally, the date and time for the Forum was confirmed to be on 14 September, 9am, and I agreed to this schedule.

Later in the day, I had an email from the CNA Producer and she said:


"Hope you’ve been well. I have some bad news. Our bosses have decided not to have bloggers on the forum because apparently bloggers have already had a private session with the Prime Minister already.

I’m terribly sorry for the inconvenience. I greatly appreciate your help thus far.

If there are any opportunities coming up I will most definitely let you know.


The following is my email response to the CNA Producer:

Although I would have preferred if you had given me a call (just as you had when you invited me) to inform me about you rescinding the invitation extended to me, I appreciate this email.

No, it is not bad news at all. I had accepted the invitation because you had said that it will be a Forum with the Prime Minister. But I noticed today on CNA that this Forum is now being touted as being part of the 'national conversation'. I would have thought harder if I should participate in your programme if you had made that clearer in the beginning, that it was part of the 'national conversation'.

Although it is your 'bosses' prerogative as to who they should or should not have on the show, I feel that it is a little disingenuous to rescind the invitation because the PM has already had a private session with bloggers. Today, with the extensive penetration of social media almost every citizen can be a blogger. And also, it does not mean that just because PM has met some bloggers, he has met them all. The type of engagement PM Lee would have with me would be different from the engagement he had with Dr Jiajia.

People like me do not do the things we do because we are looking for 'opportunities', but because we want to contribute back to society. I only hope that your 'bosses' will think deeper about who they'd invite to the table, so that they wouldn't have to backtrack and rescind invitations later.

But one shouldn't be surprise. The govt only uses people like objects to serve its purpose.

But there are still many Singaporeans with the inferiority complex about their relationship with the govt. They have gotten so used to the habit of being talked down to that they don't know any other way to behave. This should not be allowed to persists if we value our own personal growth and the growth of the country as a nation and not continue to serve as an 'inc' platform for the PAP to perpetuate its power and dominance. We have to wrest it back at all cost.
September 5, 2012 at 1:49 AM