Should heads roll at LTA? 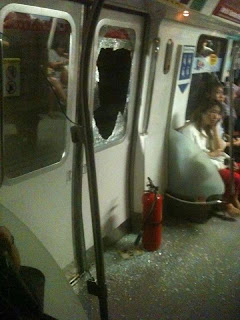 The Transport Minister reportedly said in Parliament recently, "SMRT's maintenance regime had shortcomings, but we too - both MOT (Ministry of Transport), as the supervising ministry, and LTA (Land Transport Authority), as the regulator - have to shoulder our share of the responsibility." He must be appreciated for having the integrity to admit mistakes and for taking responsibility for the failures.

The shortcomings of SMRT were quite obvious. That was why in December when the train disruptions happened, I joined others in calling for the resignation of SMRT's CEO Saw Phaik Hwa, in asking her to take moral responsibility for the failures.

The new Transport Minister however, cannot be faulted for the train breakdowns of last December. The disruptions happened when he was barely 7 months into his job. If anyone should take blame for MOT's failure in the disruptions, it should be the former Transport Ministers, Yeo Cheow Tong and Raymond Lim. But both no longer helm that Ministry.

The same however, cannot be said about Land Transport Authority. The chief executive of LTA, Mr Chew Hock Yong, was appointed to head LTA in September 2010, which means that he had more than a year to study and improve the regulatory framework of LTA. Heads of organisations are after all appointed to pinpoint lack and lapse proactively, and not wait for a major breakdown to happen before reacting to it.