Queens Park Rangers and my fascination with the underdogs (Part 1) 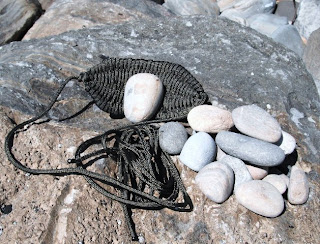 The year was 1982. I was a 14-year-old teenager and Tottenham Hotspurs (Spurs) were the top dogs in the English football league. Perhaps like most teenagers, I was drawn to the side that had the most potent firepower. I couldn't even believe that a division 2 team had made it to the finals of the FA cup. I had hoped for a division 1 team like Liverpool or Everton to have gone up against Spurs. That would have been quite exciting I thought.

I watched the match waiting for the drubbing Spurs were going to give the  unfancied division 2 team, Queens Park Rangers (QPR), a team who had even missed out on promotion from their division 2...only the drubbing never came.

Although Spurs took the game to QPR, QPR refused to be outclassed. QPR's young goalkeeper Peter Hucker  was the man of the match. At 90 minutes the score was 0-0. Then Glenn Hoddle scored the first goal for Spurs in the 10 minutes of extra-time.

It must surely be over for QPR. They were well into the final few minutes of the extra time. But they refused to stop believing in themselves. Terry Fenwick connecting to a flick from Bob Hazell, headed the ball past Spurs keeper Ray Clemence. The final score, 1-1.

I could not believe that only a replay could decide the winner.

The replay which took place in Wembley five days later, was even more exciting. Glenn Hoddle made good use of the penalty awarded to Spurs for QPR's Tony Currie's foul on Spurs' Graham Roberts. Hoddle sent Peter Hucker the wrong way to give Spurs a 1-0 lead.

But QPR got back into the game and managed to put the ball past Spurs' keeper, only for that goal to be disallowed for an offside.

For the rest of the game, QPR was visibly the better side. They took the game to the holders of the FA Cup trophy. They however, could only not find the net. At the end of the exhilarating game, Spurs retained the trophy, but QPR had in me a convert.

Little did I know at that time, the effect this game would have over me - for the rest of my life.

----
1982 was a difficult year for me. About a year ago, my father had abandoned my mother, two younger sisters and I; and we were homeless. While my sisters were placed in a convent and my mother had to move to a rented room, I was cared for by my relatives.

My cousins had stuff that I could not have. Not because my aunt and her husband were partial towards me, but because they had limited resources themselves.

When my cousins got their first bicycles and their father taught them to ride it, I could only watch with envy. Till today, I don't know how to ride a bicycle. When my cousins got a collection of encyclopaedia, I would wait to see no one was watching, to peek into them. They went to St Joseph's Institution, but I went to a neighbourhood school.

Urgghh!!! it was very frustrating to be 'second class'...I envied my cousins. I wished I had the life they were having. No matter how much I tried, I will never be as good as them.

But QPR changed all that. Like QPR, I saw myself as an underdog. So what if I am not fancied? So what if I was only division 2? I refuse to be outclassed! I would give the top dogs a run for their money!

I could never from then-on, bring myself to support the favourites. That was the beginning of my fascination with the underdogs.