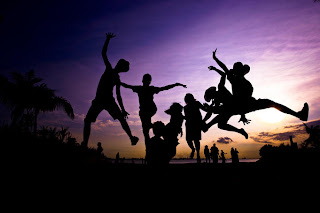 In their debate on the President's Speech in October, the Workers' Party (Chairman Sylvia Lim), raised this with the government of Singapore:

The resolution’s preamble states that “the pursuit of happiness is a fundamental human goal”, and that “the gross domestic product indicator by nature was not designed to and does not adequately reflect the happiness and well-being of people in a country.” Member states have been invited “to pursue the elaboration of additional measures that better capture the importance of the pursuit of happiness and well-being in development with a view to guiding their public policies.”

With such international interest, is it now time for Singapore’s government to conspicuously focus on happiness as a national goal? Should policies be articulated to show how they will ultimately achieve happiness for Singaporeans as a whole?


Then suddenly everyone's happy in Singapore!

Singapore workers are happier than they were compared to previous years, says a Jobs Central survey. (http://www.channelnewsasia.com/stories/singaporelocalnews/view/1164500/1/.html)

Smaller HDB flats does not mean lower quality of life. "It can be a very comfortable living environment" says CEO of HDB, so Singaporeans must be happier. (http://www.todayonline.com/Singapore/EDC111111-0000071/Smaller-flats-have-not-lowered-quality-of-life--HDB-CEO)

I wonder how much more happier we're going to be in the months and years to come?