Will WP raise the ISA in parliament?

Civil Liberties:
1. The Internal Security Act, which provides for detention without trial in cases of alleged subversion, should be abolished. Singapore shall be brought in line with international practices to try such cases, including espionage, with modified procedures to protect official secrets if necessary.

2. In cases of alleged terrorism, the government should be enabled by a dedicated anti-terrorism law to make swift arrests and detain suspects without trial. However, these suspects must be afforded real avenues to challenge the legality of their arrests through the courts and an advisory board. These bodies should be empowered to order the person’s release if not satisfied as to the legality of the detention. - Workers' Party 2011 Manifesto 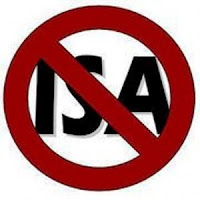 It will be interesting to watch if the Workers' Party (WP) will choose to speak about the relevancy of the Internal Security Act (in keeping with its promise made in their manifesto), in the 12th sitting of the Parliament.

There can be no better time then now for WP to raise this issue, as Malaysia has abolished its ISA and the Ministry of Home Affairs, has issued no less than four media releases since September, in response to the raging debate on this topic both online and offline.
Opinions