Remembering the 'Marxist Conspirators' of 21st May 1987 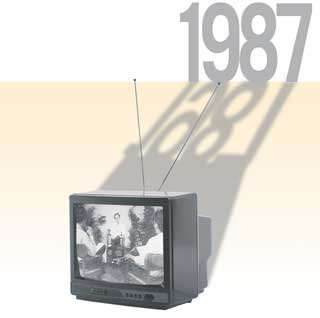 8. To ask the Minister for Home Affairs why is it that the recent detainees, after having given written undertakings not to take part in 'Marxist activities', should be deprived of their constitutional rights to participate in constitutional political activities.

The Minister for Home Affairs (Prof. S. Jayakumar): Mr Speaker, Sir, although the Member for Potong Pasir is not here, I think it is right that the Member for Chong Boon has stood up to ask the Question so that it can be given an answer.

Sir, in reply to the Question. It is not true that the released detainees have been deprived of their constitutional rights to participate in constitutional political activities.

If the Member is convinced that a matter is unconstitutional, which is a question of law, he can easily have this tested in the Courts of law. He can offer himself to any of the detainees, as a public service, to be their constitutional law expert and to take their case up. If the Member was present here today, I would have asked him whether he can inform us which detainee has been so deprived and which specific provision of the Constitution has been transgressed.

In fact, the Member ought to know that six ex-detainees had contested in elections previously.

Sir, these restrictive conditions are necessary to prevent the released person from acting in any manner prejudicial to the Republic's security. There is nothing unconstitutional about these conditions. They are imposed pursuant to the Internal Security Act. Article 14 of the Constitution which deals with freedom of speech, assembly and association, expressly authorizes Parliament, by law, to impose restrictions necessary in the interests of the security of Singapore or of public order.

The three restrictive conditions do not prohibit them from taking part in constitutional political activities. In fact, they are free to stand for elections as independent candidates. They can even join a political party and take part in the activities of that party. But as the Member would know, and all Members would know, the whole objective of the Communist United Front is to penetrate and manipulate lawful organizations for its subversive acts. Therefore, he must obtain the approval of the Director of the ISD, and this requirement applies to all societies, not just political societies. And it is a necessary control so that the ISD can make its professional security assessment whether the person will pose a security threat or risk if allowed to join a society, or whether he will abuse it or will be made use of. Once he joins a political society, no further consent of the Director of the ISD is needed if he wants to stand for elections.

Finally, Sir, under the Internal Security Act, the Government has the power to prohibit absolutely any released person from taking part in any political activities. We would not have hesitated to impose this condition for the recently released detainees if we felt it necessary to do so on security grounds. But we did not consider it necessary.