People will vote against PAP's arrogance 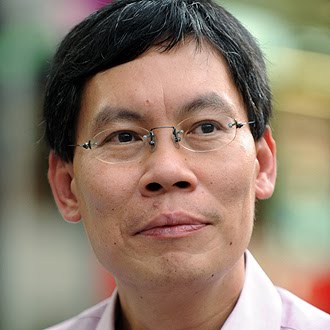 I am not anti-PAP. But the more I see the high-handedness of the government, the more I witness the arrogance of those that are in power, the more I encounter their lack of compassion, the more I started resenting them.

When the people with disabilities tried to hand in a petition to the Minister for Transport, Raymond Lim, urging his Ministry to recommend transport subsidy for them to the public transport operators. Mr Raymond Lim, not only refused to accept the petition of these people with disabilities but when Sylvia Lim raised the matter in Parliament, Raymond Lim responded that he will "be very slow in stipulating (to operators) how best to run the concession policy".

When I email Member of Parliament Penny Low to ask if she did say that the people who are homeless in Singapore are so because of mental illness, or because they choose to be so, I get no response.

When I write to the MP for Yio Chu Kang constituency Seng Han Thong, to raise concerns about my constituencies cleanliness and maintenance, he does not even acknowledge me.

From Wee Shu Min'e elitism controversy to Minister Mentor Lee Kuan Yew's pronouncement that the people of Aljunied will "repent" if they chose Workers' Party, the PAP reeks of arrogance of the highest order.

It is this arrogance that I despise. It will be against this arrogance I suspect, the people of Singapore will be voting against come May 7.
Opinions

Abdul Malik said…
People who care about "arrogance" instead of words like "efficient" are the ones who do not care about "stability" in lieu of "freedom".
May 26, 2014 at 6:56 AM

Ravi Philemon said…
Abdul Malik I note that you do not deny arrogance. It's a myth that freedom, efficiency and stability cannot go hand-in-hand.
May 26, 2014 at 9:31 AM