Not only the PAP's voice 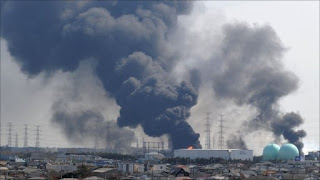 It is important to have accountability, checks and balances. Without that, the government can push through any issues even if they do not have the consensus of the people. For example the elected presidency was thrust upon the people without a referendum. The casino was thrust upon the people even when there was widespread disagreement against its set-up. With no accountability to the electorate and with no checks and balances, tomorrow the government may push through the nuclear energy programme using the excuse that it is needed to meet Singapore's need for base load energy. In the aftermath of Japan's nuclear energy programme, in a land constraint country like Singapore, such a programme if pushed through without proper checks and balances will be extremely dangerous.

The article 'Nuclear energy option for Singapore still far away' says that the government is unlikely to derail from doing the feasibility studies, even when a professor from Lee Kuan Yew School of Public Policy has said that there have been lots of accidents and that it's not just earthquakes which causes these accidents.

It is important to ensure that the experts Ministry of Trade and Industry engages to do the feasiblity studies are not only those that have 'pro-nuclear' leanings.

A lot of questions will have to be considered in the feasiblity studies. Minister Mentor Lee Kuan Yew in the book 'Hard Truths to keep Singapore Going' said, "We've got friendly neighbours? Grow up", which seem to suggest that our neighbouring countries (even if they are not hostile) do not view Singaporeans very favourably either. What big an instability factor would that be in Singapore's nuclear energy deliberations? What about the threat of terrorism? Does the government have intentions to sell the nuclear energy plant(s) (if they become operational) to the highest bidder (even if they are foreigners)? They did this to our power companies.

And for that to happen, we need to have voices in the parliament which are not only those of the PAP's. We need the voices of ordinary Singaporeans.
Opinions