Think out of the box to solve social issues as well 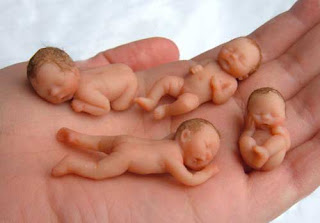 The governments solution for solving social problems is by either throwing money at them or by taking money away from them.  You have a TFR (total fertility rate) problem and what do you do? Throw money at the married people to induce them to have children.  You have a problem with employers relying too much on foreign workers and what do you do? Take more money from the employers for hiring the foreign workers. That is as creative as the government gets in solving social problems.

Why can't they be as creative as they are with commercial problems? They run out of space for oil storage and what do they do? They  build caverns under the sea to store them. I mean we need more out of the box solution like the caverns under the sea thing for social problems as well.  Don't just try to solve everything by throwing money at it or by squeezing money out of it.

Thinking out of the box, I think the TFR problem can be solved if you provided free education from pre-school right up to college.  By providing 2 months of maternity leave and 4 more months of childcare leave (which can be taken by either the father or the mother) for every child born. And by providing free medical care for the child until he or she turns 21.  On top of this, you throw-in free childcare and/or student-care with free tuition for the weaker students.  And don't forget to create more open spaces for the young ones to run, play and have fun. I am pretty sure that these will be far better inducements for Singaporeans to go forth and multiply.

Instead of relying on simplistic solution to solve the problem of too much foreign worker, the government could have adopted a quota system where the need of foreign labour is determined by  supply and demand for labour in that particular industry. The shortfall between the estimated demand and domestic supply would represent the foreign labour requirement, which will then form the basis of determining the quota level.

And is the Productivity and Innovation Credit (PIC) scheme (a tax rebate scheme to encourage companies to raise productivity) going to help mitigate the higher levies for the employers? I doubt because PIC favours those in high-value sectors like pharmaceuticals more.

More of my thoughts on Singapore Budget 2011 is HERE.
Opinions The Online Citizen