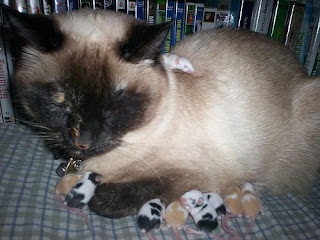 Ms Tessa Wong who is a journalist at The Straits Times commented on The Online Citizen’s Facebook page that “ST has always maintained it is a pro-Singapore paper. Some people have equated that to be pro-PAP, but I can say for a fact that increasingly this definition of pro-Singapore has broadened to include a variety of views”.

The current Chairman of SPH is Dr Tony Tan Keng Yam. Dr Tan a member of the People’s Action Party (PAP), was elected Member of Parliament in 1979. Besides holding various key positions in the government, he was also Deputy Prime Minister from 1995 to 2005.

Another member in the Board of Directors is Mr Alan Chan Heng Loon. Besides serving in the Transport Ministry as a Permanent Secretary and in the Ministry of Foreign Affairs as Deputy Secretary, Mr Chan was also the Principal Private Secretary to then Senior Minister Mr Lee Kuan Yew.

Yet another Board member is Mr Lucien Wong Yuen Kai, the Managing Partner of Allen & Gledhill LLP. This law firm has often acted for key people in the government like Mr Lee Kuan Yew, Mr Lee Hsien Loong and Mr Goh Chok Tong. The current Law and Home Affairs Minister, Mr K Shanmugam was a Senior Partner in this firm.

The PAP has a long history of dominating the press in Singapore. For example, Mr S R Nathan (now President of Singapore) a former Director of the Security and Intelligence Division with the Ministry of Defence, was appointed Executive Chairman of Straits Times (ST) in 1982.

When Mr S R Nathan was appointed Executive Chairman, one of the directors of the then Board of ST Sir Keith Macpherson resigned from the Board saying, “it is not possible for us to continue an association with a newspaper which is now clearly government dominated.”

During a budget debate in March 1982 the then opposition MP Mr J B Jeyaretnam opposed the appointment of Mr S R Nathan and claimed that Mr Nathan “had no newspaper experience, but had been head of intelligence and had worked for the Japanese police during the occupation”.

Mr Nathan then claimed that he had been “maliciously and viciously slandered” and challenged Mr Jeyaretnam to retract or repeat his comments outside parliament. When Mr Jeyaretnam did not oblige him, Mr Nathan issued an open letter to Mr Jeyaretnam complaining of abuse of parliamentary privilege “to insinuate a connection (between Mr Nathan) and Kempeitai atrocities”.

Besides Mr Nathan, others in the Board of Management or the editorial team of SPH continue to have links with the PAP government. The former Executive President of SPH Tjong Yik Min was the head of Internal Security Department (ISD) before he was appointed to SPH. Former journalists Irene Ho, Susan Sim and current political editor Chua Lee Hoong are all former ISD employees.
In her comment on TOC’s Facebook, Ms Wong also said that she has written articles on the opposition parties that paint them in a fair and arguably favourable light.

An article co-written by Ms Wong, “Is the opposition ready to rock?”, seems to insinuate that the candidates of quality from the opposition may not have the perseverance to stay in opposition politics if they lost the next election. Is this the fair and favourable light of the ST?

After careful scrutiny, one can only come to the conclusion that SPH and ST do believe that being pro-Singapore and being pro-PAP are both one and the same. One can also argue that even the recent ‘fair and favourable’ reporting by ST of opposition parties is because PAP is now singing a different tune, that opposition parties have made their contribution to national debate.

SPH and the mainstream media in Singapore in the words of Cherian George is “at least in part, willing partners of the state”. It is indeed sad if journalists like Ms Wong has not realised this.

The question to ask then (with J B Jeyaretnam) is if a ‘castrated’ and ‘manacled’ press consistent with Singapore being a vibrant and competitive economy in the 21st century?
The Online Citizen