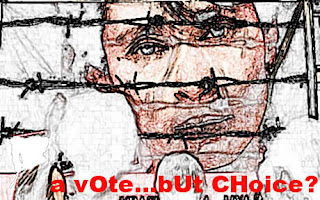 The Philippine Foreign Secretary has already blasted the elections in Myanmar as “a farce to democratic values of transparency, fairness, provision for ‘level playing field’, credibility and all-inclusiveness”.

On that note, I wrote to the Foreign Minister of Singapore, Mr George Yeo, and asked him if he has a view on the upcoming elections in Burma, considering the fact that the ruling junta is not allowing foreign journalists or outside observers for the elections to be held on 7 November 2010.

Mr Yeo replied to me that the “fact that there are elections is a major step forward, however imperfect”. He further added that the ASEAN embassy officials will be able to observe the election process: and that they could visit whichever polling station they wish. He said that Singapore will coordinate within ASEAN to be observers of the election in Burma.

Considering the fact that the United Nations chief has expressed his “frustration” with the junta in Burma in recent weeks, and the fact that he called on ASEAN to be more aggressive with Burma or risk tarnishing their own democratic credentials, the reply by our Foreign Minister was a major disappointment for me.

The Indonesian Foreign Minister too has spoken up against the upcoming election in Burma when he said “there is a perception of a credibility deficit”. The Foreign Minister of Singapore however, seems to be singing a different tune from his counterparts in ASEAN.

The response from the Foreign Minister of Singapore certainly does cast a grave doubt on the validity of ASEAN, and makes one question if the various ASEAN meetings are a complete waste of money considering that they seem to have achieved little. It also seems that contrary to what the Foreign Minister said in July 2008 – ASEAN is not only toothless, but it also does not seem to have a tongue which is sharp.

If indeed ASEAN is not only toothless, but also lacks a sharp tongue, what good would it do if it observes the election in Myanmar/Burma?

How can the Burmese election be inclusive, participatory and a “major step forward”, when Burma has more than 2000 political prisoners (including Aung San Suu Kyi) in detention and denied participation in the upcoming election?

This is the reason why I feel that the people of Singapore, who feel strongly about free and fair elections in Myanmar/Burma, should participate in the postcard campaign and demonstrations at Speakers’ Corner organised by MARUAH, and call for rigour in Burmese election.

The campaign is an excellent means to show our concern for the people of Burma. A means to ask the government of Singapore to join the international community in demanding that the military junta in Burma release all political prisoners, allow international United Nations observers watch over the election process, and repeal all laws and regulations which interfere with free and fair election.

Together, our collective action may ensure that the upcoming election in Burma becomes a part (even if it is just a very tiny part) of the solution to the problems in Burma, and not create more troubles ahead.
Human Rights social activist The Online Citizen