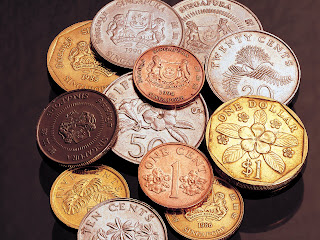 The Beijing Consumers’ Association (BCA) has taken the banks in Beijing to task for charging their customers for counting coins.

The director of BCA, Lang Danke has charged that the banks passing on the cost of counting coins to individual consumers, has infringed upon the rights of the consumers and that a public hearing should be held to determine if banks can actually charge the fees or not.

On chancing upon this article, I wrote in to the Consumers’ Association of Singapore (CASE), to ask how CASE views the charges for counting small change already in place in most banks in Singapore and if they have an opinion on the stand taken by BCA.

CASE, has not replied to my query.

In December 2007, Madam Tan Sok Hwa wrote in to Straits Times Forum under the heading of “Come save with POSB but pay $4.50 to deposit coins”, and said:


MY SON was happy to receive a piggy bank in the form of a can from POSB a few months ago.
It was distributed in his school, together with a booklet, to encourage young children to put aside some money daily.

It took him a while to fill the 11cm-tall can to the brim.

I took him to the bank on Tuesday to deposit his savings but found out to our dismay that a charge would be imposed on the 500-plus coins which amounted to $86.60.

To adults, $4.50 may seem insignificant but to a young child it is a lot.

It would also take him a long time to recoup that amount in the form of interest on his savings account.

My son was clearly upset. It demoralised him to know that he would be charged for making deposits in coins should he continue saving money.

I hope POSB will relook the charge and not contradict itself by first providing piggy banks to encourage savings and then charging the children for depositing their coins.

In my opinion Qiu Baochang a member of the Beijing Lawyers’ Association, is absolutely right when he said that it is unfair of the banks to charge customers a coin-counting fee, as it is a very small part of their operational costs, which should be covered by the bank without being passed on the the individual consumer.

After all, banks are institutions which make profits by offering financial services to consumers.
Opinions