What is SPF’s position on engaging Net-savvy citizens? 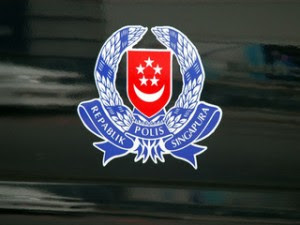 Net-savvy citizens are often the first to read such articles (Bangkok Post: "Candy's special customers: the bribe-taking, sex hungry policemen") in cyberspace and the writers at TOC (even though being all volunteers) often take it upon ourselves to verify the authenticity of such news thoroughly before commenting on it, for the sake of keeping our readers responsibly informed.

SPF should have also used our platform to dispel that their officers are not implicated in this issue.
Come to think of it, what is SPF’s position on engaging Net-savvy citizens, especially Net-savvy citizens who put their real names, contact details and other personal information out there, when they raise such legitimate questions?

Even if SPF had not responded to the query of TOC appropriately and in a timely manner because we are not part of the mainstream media, they could have at least responded to me in my personal capacity.

With the rapid evolution of new media and the hastened, radical shift of media consumption from traditional media to new media, SPF should build strong community partnerships in cyberspace to spread crime alerts, crime prevention advisories and counter-terrorism messages.