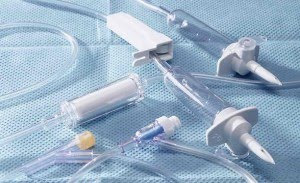 In April 2009, Health Minister Khaw Boon Wan categorically stated that, “euthanasia, which means helping the patient to commit suicide, is not what Ministry of Health (MOH) is promoting” and that MOH is actually “promoting palliative care for the terminally ill so that they, and their family members, will be able to cope with terminal illness with the least pain and being cared for in the most appropriate setting, which usually means the home they live in.”

When the Health Minister has categorically stated his position that he will not promote euthanasia, Ms Toh Puay San, a deputy public prosecutor (writing in her personal capacity), and National University of Singapore law don Stanley Yeo, seem to have taken the back door approach to push for the issue of dying with aid, with their controversial article in the latest issue of the Singapore Academy of Law Journal.

Although euthanasia is not the same as Physician Assisted Suicide (PAS) in that euthanasia generally means that the physician would act directly (for example, by giving a lethal injection to end a patient’s life), while PAS refers to the physician providing the means for death (most often with a prescription) and the patient (not the physician) ultimately using that means to end his life; they are similar in that it is intentional assistance given to a person by a physician to enable that person to terminate his own life upon that person’s request.

For example, pain and other symptoms causing discomfort and suffering, which is often cited by the proponents of assisted dying for euthanasia or PAS, are treatable.

Even where patients are considered to be terminally ill, there remains the frequent prognostic uncertainty.

A terminally ill person’s expression of a desire for death is very often a cry for help, to which a physician can respond in many non-lethal ways.

There are also no secure safeguards that euthanasia or PAS may lead to abuse through the singling out of the disenfranchised like the poor, people with disability, the elderly and the very young, who have no ‘voice’, to conclude their lives out of coercion, or even worse making such feel that they have a ‘duty to die’.

Focusing on euthanasia and PAS also diverts the much needed resources and energies away from patient-care and research on palliation.

As studies have shown that two-thirds of seniors over the age of 65, who receive long-term care, rely exclusively on family, friends and other informal caregivers, MOH’s emphasis on palliative care is the right one.

Mr Gerard Ee, the chairman of the Council for the Third Age, is indeed right in slamming such talk as going down a slippery slope, as there is too great a danger of abuse in legalising euthanasia or PAS.
The Online Citizen