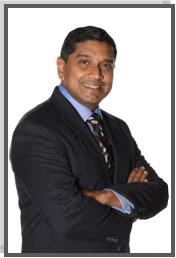 It seems that becoming an NMP is not an end-goal for Viswa Sadasivan and when asked about party politics, his response is an almost-flat ‘no’. He revealed that he has been asked, in general, to consider joining a political party in the past but has since realised that being a part of any political party requires one to be faithful to organisational directives that may conflict with his personal beliefs. This is something he is not prepared to do and thus, by virtue makes him unsuitable to be a political party member. Instead, he derives fulfillment from being true to the causes he believes in and staying bound by his personal conviction and conscience.


As for his thoughts on the NMP scheme itself, his opinion is that whilst it serves a function and purpose in the current socio-political climate, it should not be viewed as a permanent solution for Singapore. He suggests that the scheme could evolve into a selection-election hybrid or the selection process itself could adopt more transparency with clear criteria, on which candidates and selected NMPs alike could be assessed. But whatever the changes, his view is that at the end of the day, the scheme should be credible in the eyes of the people.

Read the rest of the article here: The Online Citizen