That baffling reply – and the opposition’s silence 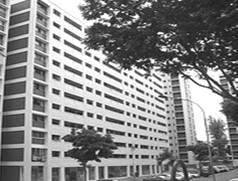 Their reply said that it is the “Government’s practice to implement its national programmes for residents through advisers to grassroots organisations who are appointed by the Government to gather feedback from residents”. The issue they skirted around was that 82 of the 84 appointed grassroots advisers are elected Members of Parliament (MP) who belong to the People’s Action Party.

If it is indeed government practice to implement national programmes for residents through advisers to grassroots organisations, then they should change their policy to appoint elected MPs as grassroots advisers (even if they are opposition MPs), or hold separate elections for the proper election of grassroots advisers by residents.

To suggest that all grassroots advisers “regularly engage the local residents to understand their needs and concerns” is almost tantamount to the HDB and the People’s Association campaigning for the PAP’s Mr Eric Low and Mr Sitoh Yi Pin.

Mr Low slapped a fee on his previously free health-screening programme, stopped his Meet-The-People sessions and the free breakfast service for the needy immediately after losing the last general elections; while Mr Sitoh’s right hand man, when commenting on the lack of community outreach events after the last general elections said, “So far, there’s been nothing. There is also nothing planned”.

Both Mr Low’s and Mr Sitoh’s reactions immediately after the elections does seem vengeful, if not at least bitter; and certainly not one of understanding the needs and concerns of the residents.

What is even more baffling is the deafening silence of the opposition MPs in the two wards, Mr Low Thia Khiang and Mr Chiam See Tong.  How do they feel about being identified merely as Town Council chairmen? Are they displeased that the announcement was not made to them first and/or through them to their constituents? They cannot continue to hide behind a theory that the media is biased against them, for the media of today is diverse and include not just the mainstream media but also the many bloggers whose reach is growing day by day online.

Mr Low Thia Khiang, Secretary General of the Workers' Party and Member of Parliament for Hougang has since given a robust reply to HDB and PA on this issue: "No basis for MP not to announce lift upgrading"