I will choose to become a 'Criminal' 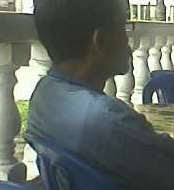 “Yes, I have borrowed from Ah Long”, admits Rezal (not his real name). “But I had no other choice! My wife lost her job in the factory and now earns about $400 as a part-time dish-washer; and we cannot survive just on my pay of $800.” Rezal who has three school-going children and works as a Lashing Specialist says, “There are really no containers coming in for me to have work everyday”.

Rezal who lives in a three room HDB flat with his family says that they managed to get by when he had a full days work; and the “$400 plus” his wife brought home every fortnightly working as a factory worker, made sure that they had money for marketing, transportation, pocket-money for the children and themselves, etc. But now, he has to choose between paying his bills and putting food on the table for his children.

“My relatives helped out in the beginning, but they also have their own families. Finally last month I have to go to the Ah Long to borrow $200 to pay the bills”, says Rezal. “I have to pay the Ah Long $280 at the end of this month, but I think I can manage because I have started washing cars part-time now”, Rezal adds.

Should people like Rezal who are victims of circumstances and are already victims of sharks, loan-sharks that is, be further victimised by a new law that is under study for implementation to criminalise those that borrow from loan-sharks? Mr. Wong Kan Seng who is the Deputy Prime Minister and the Minister for Home Affairs says that this new law being studied by the police is to “hold borrowers accountable” for “their reckless borrowing”. He says these “reckless borrowing” endanger the safety and security of the community; and justifies it further by saying that many borrowers end up working as syndicate runners to pay off their debts, extending the circle of crime even further.

What other recourse do people like Rezal have? There is no unemployment insurance to tide the retrenched over till they find another job in Singapore. If you suddenly fall on trying times, you cannot draw a “hardship loan” from your own Central Provident Fund (CPF). If you earn less than $20,000 annually, you cannot borrow from the banks. Information on loans provided by credit co-operatives is not easily available. Since life is not a constant, what other solutions do people like Rezal have, when they are suddenly faced with the trying reality of daily life?

When reminded that under the law that is currently being studied, he may be criminalised if he borrows from the loan-shark, Rezal replies, “If I have to choose between putting food on the table for my children and committing an offence by borrowing from the Ah Long, I will choose to become a criminal”.

Lawyers like Luke Lee disagree with the intention of the possible law. He says, "They are already down and out, no further action should be taken against them. Even if these victims sue the borrowers and win the case, the borrowers may not have the money to pay, and the victims would still have pay for the law suit.”

And what is the real intention for the Ministry of Home Affairs to be studying the implementation of this law now? Has the current economic crisis caused more people to turn to the loan sharks? Have the incidences of the loan-sharks pressing for payments increased dramatically that police are struggling to cope? A Straits Times Forum writer seems to suggest as much, when the writer said that the police did not seem to take any action against the harassers, despite numerous complaints being lodged.

Such a law if implemented will surely make the job easier for the police as well as for the loan-sharks, for those that borrow from the loan-sharks, will now not come forward to say that they are being harassed, for fear of being criminalised themselves. This in turn will create a thriving black market for personal loans.
Some debtors do indeed assist the unlicensed moneylenders by becoming their runners and by aiding them in their harassment activities. But what is the actual statistics for this? There are of course “reckless borrowers” who borrow to fuel their addiction to gambling. But again what are the numbers for these? Without providing the appropriate numbers and statistics, what Mr. Wong Kan Seng has done is to paint those that borrow from loan-sharks as the bogeyman who borrows recklessly and endangers the safety and security of his neighbours and community.

Of course the police should not hesitate to take action against debtors who are found to be assisting unlicensed moneylenders in their illegal activities. But not all debtors must be considered as a criminal element. There are sufficient safeguards in the current law to deter those that assist illegal money-lending activities; for the current law specifies that those who harass or intimidate anyone in connection with loans by an unlicensed moneylender face a maximum fine of $40,000 or up to three years in jail, or both.

Enacting a law to criminalise without having effective safeguards against the hurdles that life throws at those that earn lower income is to say the least, not thoughtful. The government should kick-start an initiative like “Match-Saving Scheme” to assist those that are least able to save before even considering a law which would criminalise those that borrow from the illegal money-lenders. The “Match-Saving Scheme” could be made available to those who earn less than $20,000 per annum and match 50 cents for every dollar saved. The “Match-Saving Scheme”, should also specify conditions as to when such savings could be drawn. Such a scheme will kick-start a saving habit among those who are often least likely and least able to save.

“Of course if given a choice, I don’t want to pay so much interest”, says Rezal. “But what choice do I have?” he asks.
Families Under Duress income disparity The Online Citizen