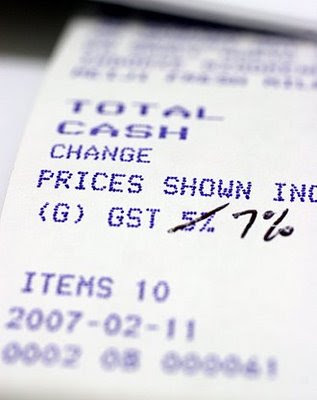 Amidst a worsening recession never before seen in post-independent Singapore, retail sales plunge accelerated from 1.6 percent in December to 12 percent in January. Even the recent Chinese New Year failed to pull in the shoppers in January, as retail sales for the month showed the sharpest decline in eight years. The department of statistics shows that sales fell 8.3 percent over December's and that total retail sales value in January was about $2.9 billion, down from $3.1 billion in December.

Selena Ling an Overseas Chinese Banking Corporation economist says with grimness, "'Two factors, the rise of unemployment and fall in tourism, mean that you would not expect retail sales to see a huge rebound any time soon. Now that the festive season is over, you're going to see a lot of cutbacks in consumption." Robert Prior Wandesforde, senior Asia economist for Hongkong & Shanghai Banking Corporation says, "In view of the busy state of Singapore's malls it may not seem as though spending is collapsing, But judging by January's retail sales numbers, people were apparently just making use of the 'free' air conditioning."

This is the time for the government to heed the call of Singapore Retailers Association executive director Lau Chuen, which appealed to the Government late last year for a drastic cut in the goods and services tax (GST) from 7 per cent to 2 per cent and to create a system where retailers could give 5 per cent of the GST back to the consumer as a rebate. This says Ms. Lau, could take the form of shopping vouchers, with validity dates which would "force them to come back to shop". The Nobel Prize laureate in economics Robert A. Mundell recently seemed to suggest such a scheme saying that that government should issue shopping vouchers to boost domestic demand.

Unprecedented events certainly do call for unprecedented actions. The government should not continue to deny such GST cuts and rebates scheme based on mere hypothesis that "it would not have the major impact on consumer spending that some believed it would".