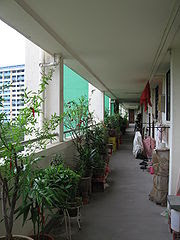 Dr Lim Wee Kiak and Ms. Lee Bee Wah made unusual calls in parliament for 'no-frills' housing to be made available as another option of providing affordable housing for Singaporeans. Dr. Lim gave the example of flat prices in the 1970s: S$15,000 and S$20,000 for a three-room and four-room flat respectively. A graduate with a starting salary of S$1,000 could pay off his apartment with 15 to 25 months of his pay, he said. But today, though their starting salaries are three to five times higher, the prices of new flats have shot up “10 to 30 times”, he added.
Families Under Duress