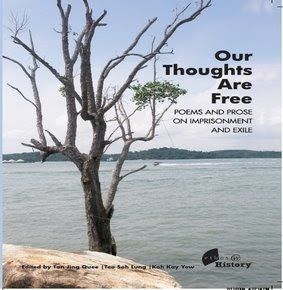 On the 21st of May 1987, the Singapore Press announced on its front page the discovery of a Marxist plot aimed at overthrowing the State, that 16 persons had been arrested, among whom 10 were directly engaged in Christian-inspired movements.

New York Times in an article dated June 21, 1987 and titled, "Singapore Is Holding 12 in 'Marxist Conspiracy' ", says these arrests prove the "intent on keeping its People's Action Party in power into a new generation, perhaps under Mr. Lee's son, Lee Hsein Loong."

The International Commission of Jurists in a report dated 12 October 1987 concludes (among other conclusions):
1. The detention without charge or trial, 'brainwashing' interrogation techniques and other physical and psychological maltreatment by the Internal Security Department amount to clear and grave violations of the human rights of those detained and an abrogation of the rule of law. With only one hour's interval, detainees were interrogated continuously by relays of interrogators for 5 days and nights, with complete sleep deprivation. (This is a well-known torture practice).
2. The activities of the detainees were a legitimate exercise of their civil rights, which should be defended and applauded in a healthy democracy. There is no evidence which justifies their being labelled 'Marxists' or 'communists'.
3. There is no evidence of a Marxist conspiracy or that this informal network of community development groups and workers posed any imminent threat to the security of Singapore.

Some held in the so-called 'Marxist Plot' are having a private book launch. The book which is a collection of poetry is titled, "Our Thoughts are Free". This book launch will be on 28 February 2009 (Saturday) at 3pm in Geylang East Library. Admission is by invitation only. For RSVP to the event, please email your particulars to events@ethosbooks.com.sg or Adeleena@pagesetters.com.sg by 25 Feb 2009.
Conspiracy event support