Some Lives Are Not Worth Living

October 21, 2008
"Do we allow euthanasia or assisted dying?" asks the Health Minister, Mr Khaw Boon Wan when he spoke on challenges in the healthcare sector recently at at the Institution of Engineers' annual dinner and dance. A Straits Times article reports that, "End-of-life issues are expected to be on his ministry's agenda next year". So what direction would the government take in addressing this problem?
Euthanasia or the so-called "right to die" is not a future problem but a problem of the present. It is happening now and is becoming increasingly embraced by governments, courts and the media. 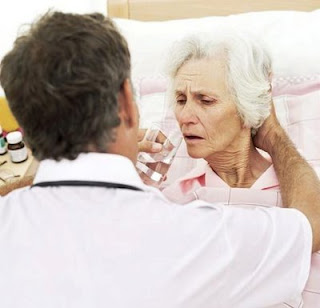 There is anecdotal evidence that elderly people in the Netherlands where euthanasia is legalized, are now afraid to check into hospitals, for fear that they will be killed. According to Rita Marker of the International Anti-Euthanasia Task Force, euthanasia now accounts for 15% of the deaths in the Netherlands. And according to the Dutch newspaper NRC Handelsblad, "humanitarian terminations" by doctors occur at the rate of ten thousand per year in the Netherlands.
Economics indeed plays an important role in motivating Netherland's culture of euthanasia. Faced with bloated fiscal deficits the state is rationing the use of new technologies. Moreover Holland which do not use prices to allocate heath care, have taken the economic incentives for extending life away from physicians. And because extending the lives of ill old people can be costly, the economic incentives run in the opposite direction in this state. In these budget-balancing times, the doctors at public nursing homes and hospitals are under severe pressures to keep costs down. There is of course an economic value to the state in promoting euthanasia as it brings in the suicide tourist dollars, from all over the world.
It is highly probable that the government of Singapore who rates the worth of the individual Singaporean by his economic value, will move towards legalising euthanasia, citing the same reasons. But if that happens, what does it say about our society, when we say that we will stop caring for a person because he is "unproductive" or "surplus"? I do not believe that the value of a human life can be measured by how productive he is at work or how much he can be to pay in taxes. We must engage in economic to live; but this is not why we live. The purpose of economics is to sustain human life; the purpose of human life is not to sustain economics. A crippled person, a mentally retarded person, or an old person is no less valuable than a young and healthy person. The fact that they contribute less to the economy has nothing to do with their value as human beings.
Do we really have a "right to die"? Many people now speak of such a thing without properly understanding the terminology. A "right" is a moral claim. We do not have a claim on death. Rather, death has a claim on us! A few years ago Governor Richard Lamm of Colorado said that the "terminally ill elderly have a duty to die and get out of the way". ("Elderlys' Duty to Die", New York Times, 29 March 1984) It is very easy to transition from discussing "a right to die" to "a duty to die".
Purposely seeking the death of a patient is contrary to the Hippocratic Oath that a physician swears to abide by. But as Singapore Health Minister is not medically trained he has not taken the Hippocratic Oath. As such, I am sure this oath will not be a hurdle too large for him to cross if he comes to it, while he tries to rationalise euthanasia.
Euthanasia Khaw Boon Wan right to die

Tim said…
I don't think its up to the govt to decide who to die and who not to die. They aren't God, and this is a sensitive, private issue for the families and the faith they believe in- which can be very pro-life, whichever they believe in.

In short, if the govt thinks they can now decide who to live and who to die, they will make Singapore an even less hospitable place to live especially for seniors.

And besides its also a violation of human rights. Privacy is a human right, no matter what's our economic value to the state. And if the government practices double standards- enabling its own aging public/civil servants to die a honourable death- while deciding who to die, in a not-so-honourable way and not at a time suitable for the person and his/her family, then the govt has no high moral authority to speak from.

In short, I think the govt, if they start legalising such a practice, and then basically force old people to consider this, I oppose it strongly in principle and in practice.

I'm not pro-life or pro-choice- but I believe in the rights of the family and of the individual, and the right for both to let things go at a time suited to both sides, and one which their own religion has allowed them to. The state has no right to decide on behalf of the citizens.
April 22, 2009 at 8:26 PM