The 5th Elected President of Singapore may be a 'tainted' President 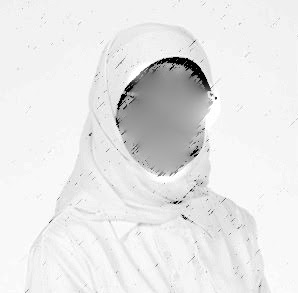 The Attorney General's Chambers (AGC) had earlier advised the Prime Minister to start counting the five terms from President Wee Kim Wee - who served one term from 1985 to 1993 - in looking at the new electoral process. Dr Tan called the AGC's advice to the Government into question.

Dr Tan did not dispute the Constitutional Commission's Recommendations for amendments to the PE, but referencing several Parliamentary records, newspaper clippings, and the fact that the Prime Minister had only issued 4 writs of PE, he asked how the AGC arrived at the conclusion that President Wee was the first Elected President (EP).

Dr Tan pointed out that there was no debate on whether AGC advised the Government correctly on the matter and that the Government also declined the opportunity to explain this in Parliament.

Dr Tan, the former PE candidate who was a whisker away from winning the 2011 Election, said that if the Government fails to allay the people's concerns about the AGC's interpretation of who Singapore's first Elected President is, the next EP will always be tainted with the suspicion that the reserved elections of 2017 were introduced to prevent his candidacy.

When questioned if he will mount a Constitutional challenge against the Government's decision to accept the AGC's interpretation of who the first Elected President of Singapore is, Dr Tan responded saying that he was keeping his options open, but that the first response to any questions raised should not be that of taking the matter to Court. He described such behaviour "uncivilised" and "like picking a fight".

I cannot help but recall who acted in such an "uncivilised" manner "like picking a fight" recently.

Wee was an appointed president in 1985, and during his second term, the Constitution was amended in 1991 to allow for direct presidential elections.

“If it’s the first, then I think Miss Lim, as suggested by DPM Teo (Chee Hean), can challenge this in the courts. But if it’s the second, then I’m afraid it’s a very serious issue to cast aspersions on the integrity of our Prime Minister.”


I was there at Dr Tan's press conference and commented that I agreed with him that the AGC was perhaps not the best person who should interpret who the first EP was and that it is best to have a Judicial Review to decide the matter. But I pointed out that the Constitutional Commission released its findings last year, that it was debated in Parliament early this year, and that now it has been settled that the Presidential Election will be in September this year - just five months away. I asked Dr Tan if he was firing his salvo too late in the game.

Dr Tan replied me and said that people who knew him know that for him, "timing is everything" and that he does not think that it was too late.

The Government has since responded to Dr Tan's questions to say that it will not respond to him. It said that he needs no new response because  “has not raised any new points that require response”. It instead faulted Dr Tan for not participating in the extensive consultations and public hearings on the Elected Presidency.

The Amendments to the EP was passed in Parliament in February 2017, but it only became law on the morning of Dr Tan's press conference - as a subsidiary legislation issued by the President.

Either way, this proves that Dr Tan knows that "timing is everything".

It cannot be denied that many people are perplexed as to why the Government decided to accept the AGC's advise that President Wee was Singapore's first Elected President. The way it is, that decision seems like an arbitrary, political one.

If so, it is a decision which will forever taint the next Elected President and her Presidency!