August 02, 2016
In a letter written to The Straits Times forum in 2012, writer Sudhir Thomas Vadaketh succinctly explained why the Singapore system would have failed without the scrutiny of netizens. That is the reason why I am concerned about the Administration of Justice (Protection) Bill.
As a layman and untrained in the law, I think the State with the wording in the Bill (which is both vague and broad) has usurped a lot of power for itself. And this is scary because it has a potential to stifle free speech further in Singapore.
I am not against the principles of the right to fair trials, or the need to ensure that court orders are obeyed. I further agree that judicial independence is crucial to any democratic society, and welcome moves to ensure this independence. But as the  website ‘simisaialsocontempt‘ explains, this is what I am concerned about:
—
-- 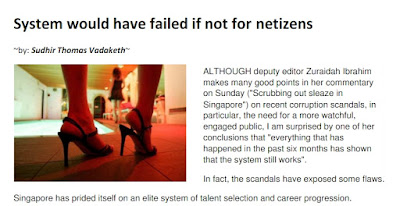 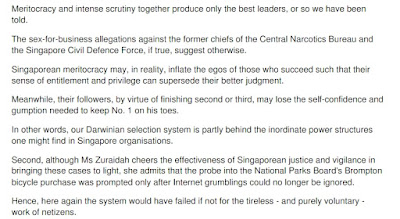