Change and the Singaporean DNA 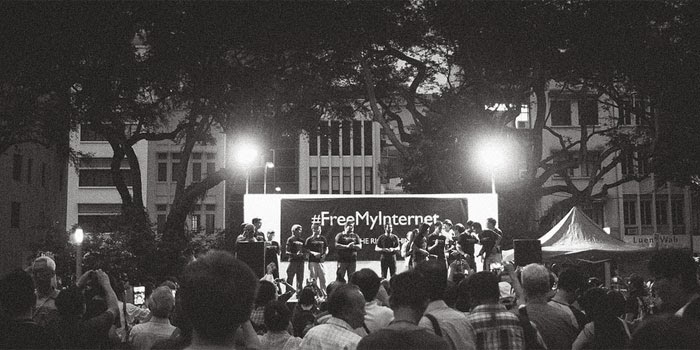 There is an commentary in the Today newspaper penned by Devadas Krishnadas titled 'Handling change has always been a part of the Singaporean DNA', dated 4 February 2014.

In the commentary, Devadas lists the gripes Singaporeans have had in recent years - the 2013 Population White Paper, urban flooding, corruption cases of high-profile public servants and Government's intention to regulate the internet - and selectively quoting from historical events, suggests that Singaporeans are survivors, and so must adapt to changing circumstances.

The writer of the article in Today newspaper has rightly pointed out that it is our ability to embrace change which has allowed us to thrive as a people - as a nation. And Singaporeans have never been averse to change. Not the generations before us. Not the current one. And I am sure not the one that comes after us.

The difference is, whereas there was sufficient space for people to change and embrace change in the past, that very necessary ingredient for change to happen in a more acceptable manner - space - is in short supply now.

With 7498 people per square kilometre, Singapore is already the 3rd most densely populated country in the world now. And if our population grows to 6.9 million as projected in the Population White Paper, we will have approximately 10,044 residents for each square kilometer in the year 2013.

While unabated population growth may be a sure way to grow our GDP and with it the wages of our top-earners in Singapore, it may further adversely affect our total fertility rate and our quality of life.

So, when our people reject the population white paper, it does not mean that they are xenophobic, or take perverse pride in cynicism, it only shows that we want to survive and strive in a land we have made our own. And to survive and strive, we need new ideas and vision.

Are there other alternatives, ideas and vision to take Singapore forward? Or have our elected leaders started believing their own rhetoric, that this is the system we have and that this is what we have got to work within? If that were so, then it is the leaders that need changing.

Asking such leaders to change by re-looking issues and policies from another angle may be of course harder, and the price to pay, perhaps deemed too high. So the easy way out would be, ask the people to accept uncreative leadership which places a burdensome yoke on the people's shoulders, just so that these leaders can hang on to power.

If we looked at the biggest protests last year, the White Paper protests and the protest against the licensing regime for online news sites, both were in opposition to encroachment of space - one actual physical space, and the other cyberspace.

We want not just a roof over our heads, but also space to run, play and have fun. Familiar spaces, which we can point to our children and tell stories. More individual space in our trains and buses. Space to grow our careers and families at the same time.

And we want the Government to butt out of the internet - the most open 'public square' Singaporeans have for public discourse.

From the Graduate Mothers' Scheme to more recently, the former-Education Minister's intention to reduce weightage of mother-tongue language examinations in PSLE, the average Singapore citizen has not been afraid to speak out against schemes and policies which he or she thinks will disadvantage a majority of Singaporeans.

The protests at the designated space in Hong Lim Park, as well as in cyber-space - and the discussions and debates in coffee-shops, pantries at workplaces and homes all point to the fact that Singaporeans react the way they do because of their DNA. And there is nothing wrong with that.

Even if being risk-averse is in the Singaporean DNA, the ability to embrace change is also in our gene pool. Singaporeans will take calculated risks to change status-quo if they feel that they are being disadvantaged, and live with the upheavals such a change may bring.

We did it almost 50 years ago, in 1959, and are certainly capable of doing it again in the future if there is a need to do so.