MDA's new licensing framework may be misused for political reasons

"The Media Development Authority of Singapore (www.mda.gov.sg) promotes the growth of globally competitive film, television, radio, publishing, music, games, animation and interactive digital media industries. It also regulates the media sector to safeguard the interests of consumers, and promotes a connected society. MDA is a statutory board under the Ministry of Communications and Information (www.mci.gov.sg)." 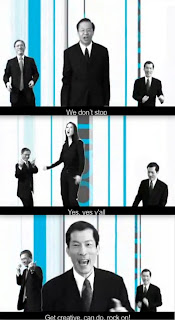 That's how MDA describes itself on its platform. But how it will be arbitrarily regulating online news sites from 1 June 2013, goes against their stated objective (see MDA's press release on the new licensing framework for online news sites here: http://bit.ly/ZqzfYg).

By couching this new regulation under the Broadcasting Act, and by stating that this new licensing is meant to provide 'greater clarity on prevailing requirements within the Class Licence and Internet Code of Practice', MDA has no need to bring this new regulation to Parliament, where it may be vigorously debated before being passed as law.

How MDA has described what it means by news:


"A “Singapore news programme” is any programme (whether or not the programme is presenter-based and whether or not the programme is provided by a third party) containing any news, intelligence, report of occurrence, or any matter of public interest, about any social, economic, political, cultural, artistic, sporting, scientific or any other aspect of Singapore in any language (whether paid or free and whether at regular interval or otherwise) but does not include any programme produced by or on behalf of the Government."

is most disturbing. Because, as Andrew Loh said on his Facebook: 'may as well just say: "Everything is news as long as we say so."''

MDA says that this new regulation is needed to place the online news sites on a 'more consistent licensing framework as traditional news platforms'. At a time when concerned citizens are debating the relevance of legislations which govern the traditional media in Singapore which inhibit press freedom (see this: http://bit.ly/130nI0d and http://bit.ly/Qvjz0W); and at a time when Singapore's press freedom ranking has dropped to an all time low (see this: http://bit.ly/17CNWaR), this move by MDA to make online news sites to be consistent with the traditional media is to say the least, short-sighted and unfortunate.


"A step backwards for Singapore's media: instead of removing the strictures on traditional media channels, we have decided to introduce controls on online news sites. Among other things, Singapore's Media Development Authority will now be able to order news sites to remove content it believes is "against the public interest, public security, or national harmony", i.e. anything somebody up there doesn't like; backed up with the typical financial threat: a $50K bond. This is terrible. The same climate of self-censorship that pervades our mainstream media will now inevitably creep online. Hope I'm wrong..."

10 news sites will now have to be licensed under this new framework, and 9 of them are SPH or Mediacorp websites. Yahoo! surely stands out in this list (see this: http://bit.ly/15f3boX). It certainly looks like there's political motivation behind this new licensing framework, and the motivation seem to be to rein-in Yahoo! Singapore.

TOC has already said on it's website (link: http://bit.ly/13WyOoa):


"Based on publicly available data of visitorship statistics for TOC and the regularity of our posts on Singapore news and current affairs, it would appear that the licensing regime could apply to TOC...In the event that the new licensing rules are extended to TOC, we will have to reassess the viability of continuing the website in light of the significant financial and legal liability the new rules impose."

ZDNet reports that when asked "how new sites will be added to the list, MDA said it will continue to assess sites which meet the criteria and issue formal notification for them to move to the licensing framework. The regulator added that it does not actively police sites and usually assesses content when it receives complaints from the public."

In this 'new normal', it may not take very much for members from the public to lodge a complaint about TOC or TRE nearer the next General Election, and if MDA assesses that such websites have to move to this new licensing framework at that time by placing a $50,000 performance bond, it may place a very heavy burden on these socio-political websites, and they may choose to cease operating at such a crucial time of national self-determination.  The online world is the most open 'public square' Singaporeans have for public discourse, and this new licensing framework for online news sites is a great impediment to this.

This new regulation of MDA's, is a tool which can be misused for political reasons, and there are no safeguards against MDA acting arbitrarily to move socio-political websites to this new framework. And for these reasons, this new licensing framework of MDA's, to regulate online news sites must be opposed.