February 21, 2013
Former Nominated Member of Parliament and my friend Calvin Cheng has responded to my article 'no longer a nation of immigrants'. In his reply, Calvin has said that the assimilation of our forefathers were only partially organic, and that it was the PAP Government's deliberate public housing policy which accelerated the integration of our forefathers. 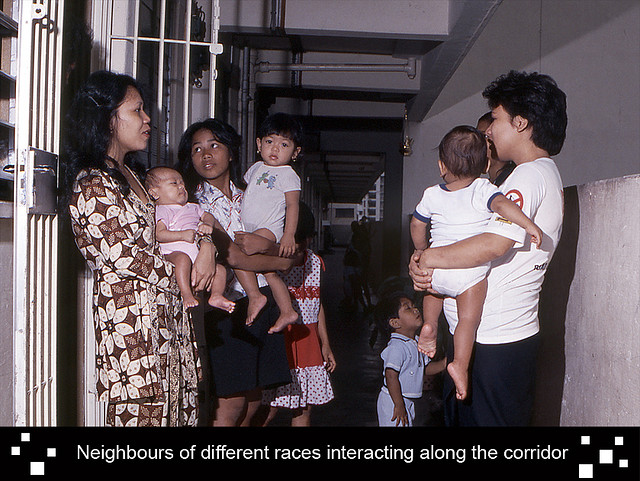 The PAP Government mooted the Ethnic Integration Policy (EIP) for public housing in 1989. By that time, over 600,000 Housing and Development Board (HDB) flats had been built, and Singaporeans had lived in HDB flats for over 20 years. The PAP Government in pushing for the policy singled out Ang Mo Kio and Hougang, as areas where the Chinese were beginning to form an enclave, and Bedok/Tampines as areas where the Malays where beginning to form one.

Former Minister for National Development, Mr S Dhanabalan had then said that there were 90 percent Chinese in Hougang, and 30 percent Malays in Bedok, and that unless the EIP was legislated, Singapore could revert to the pre-1965 days when there were racial riots.

Mr Chiam See Tong who was in Parliament then, objected to the EIP. He had said that the riots of the past were never started by Singaporeans, but by 'mischievous external agents'. Academics like  National University of Singapore's senior sociology lecturer, Dr Chiew Seen Kong too exclaimed that the estates which show a racial imbalance, where "exceptions and not the dominant or general trend", comprising of a very small percentage of HDB dwellers. Dr Chiew suggested that the Government's reasons for EIP were superficial, and that if the factors were properly examined, the problem will be seen as one common to all Singaporeans.

In recent times, at least one academic has suggested that the PAP's EIP (just like the GRC policy) was political and enacted to entrench the PAP's power over the nation.


"In the late 1980s,the PAP government introduced two more schemes to manage ethnic relations in the country.To guarantee the political representation of ethnic minorities, the PAP government pushed through an electoral quota scheme (Group Representative Constituency, GRC) which brought brought a multi-member district party block vote plurality system to its single-member district plurality system. The following year the government imposed a racial quota on public housing (Ethnic Integrated Housing Policy, EIP) to prevent any ethnic minority group from exceeding 20 percent in one constituency. In the first-past-the-post electoral system based on territorial constituencies, the geographical distribution of voters is critical to the outcome of votes." -Constitutional Engineering and Regulating Ethnic Politics in Singapore

It's noteworthy that 2 years after the PAP Government raised their concern that a Chinese enclave was forming in Hougang, Low Thia Khiang was elected to Parliament from that constituency.

These facts make me wonder, did the PAP Government's deliberate public housing policy actually accelerate the integration of our forefathers? Or would they have assimilated regardless of such policies?