PAP's history of reneging on past population promises 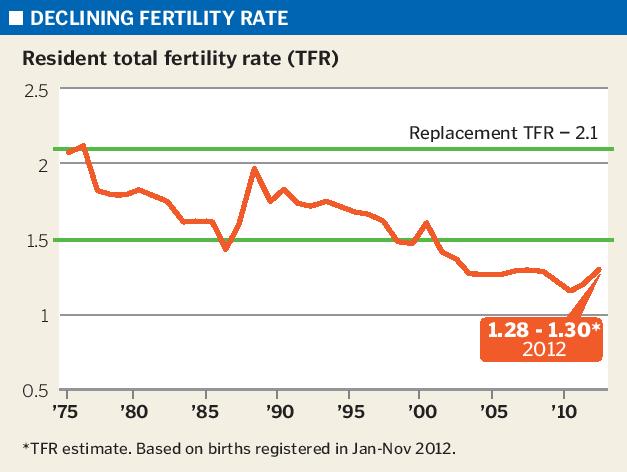 Against this backdrop the PAP Government has released its White Paper, ‘A Sustainable Population for a Dynamic Singapore’, projecting a population of 6.9 million people in 2030. The population white paper is centered on the belief that ‘our population and workforce must support a dynamic economy’. This increased population projection is not without merits, for it will benefit construction, land transport, healthcare, and property companies.

There are however trade-offs. One trade-off would be, uneven distribution of income. The PAP Government’s foreign worker and immigration policies did make a significant impact on our country’s inequality patterns. There is evidence that the PAP Government’s excessively liberal foreign worker and immigration policies in the last decade have contributed to rising inequality, wage stagnation, and real wage decline for certain segments of the workforce.

The other trade-off being overcrowding. Despite the Government’s pledge that they will plan ahead, because of past precedence of reneging on such pledges, there are doubts if the country’s infrastructure could cope with 6.9 million people in 2030. 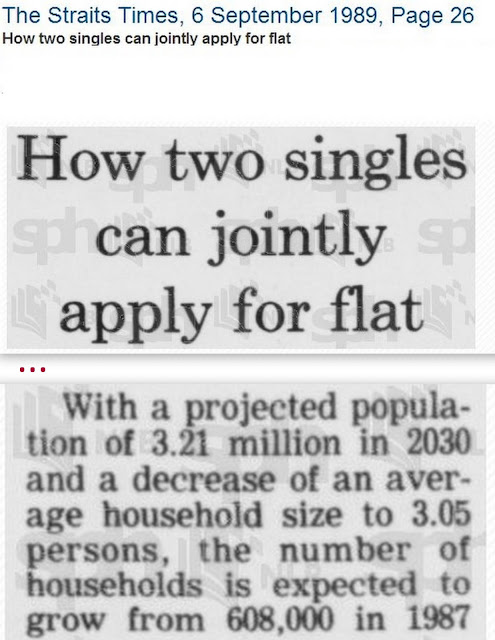 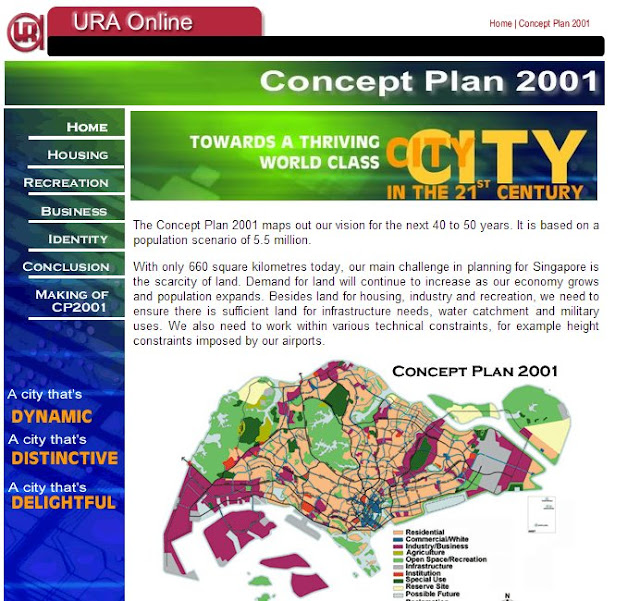 Mah Bow Than, then-National Development Minister assured Singapore citizens in 2001 that, “…even with a 5.5 million population, we can still enjoy a variety of living environments. Although the percentage of low-density housing will be slightly lower, there will be an overall increase of more than 50,000 low-density dwelling units beyond the current stock.” Look at the assurances and even the map that went with the assurances then, with the map and promises being made by the various Ministers today. Do they seem similar?

Then in 2007, the Ministry for National Development projected a population of 6.5 million in 40 – 50 years time. Which means that between 2047 – 2057, the population of Singapore could hit 6.5 million. And just as before, the Minister assured Singaporeans that quality of life won’t be compromised. 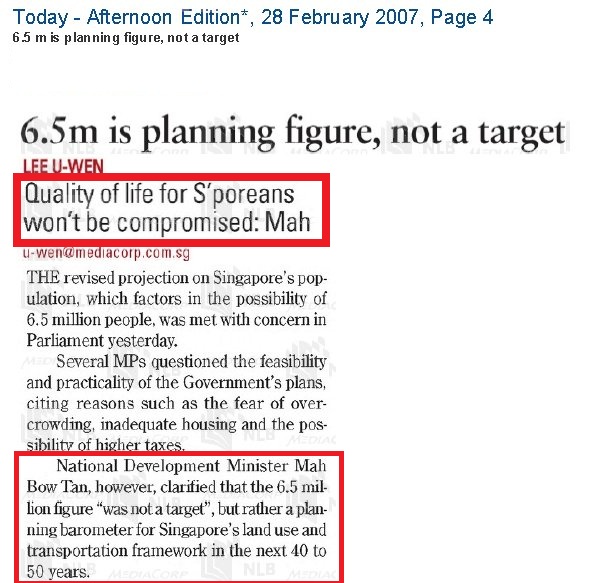 The population white paper says,‘As our economy matures, we will have to sustain a pace of growth compatible with our changing demographics. Up to 2020, if we can achieve 2% to 3% productivity growth per year (which is an ambitious stretch target), and maintain overall workforce growth at 1% to 2%, then we can get 3% to 5% Gross Domestic Product (GDP) growth on average. But over the whole period, GDP growth is more likely to average 3% to 4%, though we may exceed that in good years'; which goes to show that the PAP Government is only continuing its current policies, where priority is given to GDP growth. GDP Growth is a misleading proxy for citizen welfare.

“Rapid economic growth has already provided Singapore with one of the highest per capita incomes in the world, at US$37,597 in 2008. But, Singapore also has a very unequal distribution of that high income — profits take about 46% of GDP, which is extremely high in comparison with most developed economies.” – Economist Manu Bhaskaran (2009)