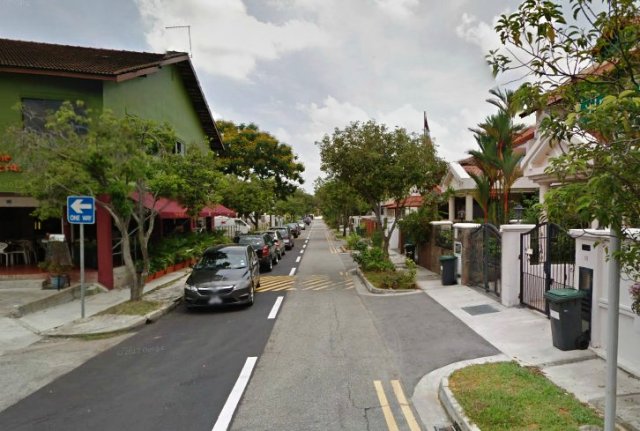 I had written to the land Transport Authority on 2 November 2012, requesting clarification about Member of Parliament for Marine Parade GRC, Mr Seah Kian Peng, admitting that he saw an officer about to book a car along Jalan Riang, but how he stopped and told the parking enforcement officer not to issue any summon (link: http://bit.ly/QAnYAo).

I had a reply from LTA today stating that the decision of not carrying out enforcement at Jalan Riang on 20 October 2012 was the sole decision of the parking warden's. See LTA's reply below:

Re: Parking enforcement at Jalan Riang

We have investigated the matter and wish to clarify that the decision of not carrying out enforcement at Jalan Riang on 20 October 2012 was solely made by our traffic warden after a careful assessment of the situation. At the material time, the vehicles were parked in an orderly manner and did not cause any obstructions.


We would like to take this opportunity to share with you that LTA understands the parking needs and limitations of the residents within private estates, such as Jalan Riang. Along certain roads where the residents can exercise a certain degree of tolerance and cooperation, we do not restrict parking. However, enforcement action will be taken against vehicles that are reported to be parked in an indiscriminate and inconsiderate manner and are causing serious obstructions and inconvenience to road users.


I was a little puzzled by their reply and have asked them for further clarification. My response to LTA's email below:

Thank you for your reply.

Nevertheless, I am quite puzzled by your reply because you had stated that the decision of not carrying out enforcement at Jalan Riang on 20 October 2012 was the sole decision of the parking warden's. But the Member of Parliament for Marine Parade GRC, Mr Seah Kian Peng, had said in his letter to the Today newspaper that, "As I was driving there, I saw an enforcement officer about to book some cars; I stopped and told him that many residents would be at the party and, unless their cars were obstructing traffic, to apply a light touch and not issue any summons"; which clearly indicates that the parking warden's initial assessment was to summon the vehicles that are parked indiscriminately on that road, until he was persuaded not to do so by the Member of Parliament.

Would you please clarify what role the MP played in the parking warden's subsequent careful assessment of the situation along Jalan Riang on that day?  I will look forward to your reply.