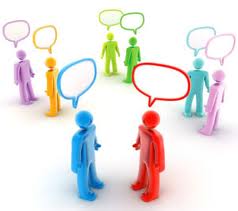 I was interviewed by a local newspaperman yesterday, and he asked me if a project that I was involved in, was part of the National Conversation. I said to him that like many other Singaporeans  I have always believed in conversations, for I'm sure that only through a robust dialogue, can we decide on a common destiny.  I also believe that every generation, has to have dialogues to envision the type of country we want, for us and our future generations.

But did this conversation start only start a few months ago? I don't think so.

It is a conversation from way before the last General Election. There were many issues Singaporeans were talking about, and it was not about rooftop gardens and senior Olympics, but about immigration, overcrowding, income divide, public housing crunch, inequality and many such issues. And it's not that the PAP Government did not hear these murmur from the ground - they did - which is why the PM offered his apology to Singaporeans at the last GE saying, '...if we didn't quite get it right I'm sorry, but we will try and do better the next time".

So while the PAP has various Meet-the-People Sessions, REACH (the Government feedback portal), People's Association, NTUC, The Straits Times Forum, and other mediums to listen to the people, it has kick-started another initiative to hear the people, called 'OurSG Conversation'.

While it's good to have multiple platforms to hear about people's dreams, vision, hope, fears and difficulties, so that you can use these feedback to craft policies for a better Singapore; is the main objective of such platforms to hear the people, or to make the people hear you?


"So yes... I think if, as explained by Mr Tan (Chuan-Jin), the aim of the SG Conversation is to teach each of us some truths about our own country, then it did achieve that aim with me." ~ Petunia Lee

I also find the focus on the opposition parties, if they will join in the 'OurSG Conversation' or not, to be ridiculous.  The real national conversation has already been happening for some time, and it is happening across many platforms - in the coffee-shops, in the schools, in the places of work, on the various blogs, why, even Government-sanctioned ones.  Those that want to hear the people to craft better policies to serve Singaporeans, must first recognise that conversations happen across many platforms, and be willing to go across these various platforms to engage the  citizens.

The PAP Government and its loudhailers, in insisting that this is where the conversation is happening and that you must come to this particular platform to give your views, has not deviated from its communication strategies of the past. For example, the PAP Government rejected the recommendation made by the Advisory Council of the Impact New Media on Society (AIMS), to 'engage voices outside of current government platforms' (link: http://sg.sg/QtEkHn).

And for conversation as equals, citizens need freedom of information and not some 'Factually' website. Only with Freedom of Information can we truly determine what we must accept as necessary, and if we need to make trade-offs.

It is also not right for the PAP Government to put off initiatives just so that they can show the 'OurSG Conversation' to be a success. The Ministry of Health for example, refused to extend Medishield coverage to congenital and neonatal conditions to better support healthcare costs for children, because it has now been 'surfaced for discussion at various OSC platforms' (link: http://sg.sg/RkWGsX).

OurSG Conversation will take about a year to conclude, and to make its recommendations known, and in that 1 year,"about 860 babies – or more than two a day – are born with some serious birth defect. Among them, more than half have a heart problem, almost a quarter have musculoskeletal problems such as scoliosis and about one in 10 has defects involving the urinary tract, chromosomes or central nervous system. On top of that, thousands of babies are born prematurely every year, some of whom require special treatment in the first days of their life", (link: http://bit.ly/QtHB9L).