September 03, 2012
The call for a national conversation is not really a new one.

Back in the year 2000, barely 8 months after the conviction of former PAP MP Choo Wee Khiang and when Singapore was facing one of the worst economic slump since independence, because of recession in the European Union and GDP slow-down in the USA, then-Deputy Prime Minister Tony Tan spoke about the need to have a National Conversation.

He said that without having a national conversation, Singapore will be courting failure if the Government alone continues to issue directives to overcome the challenges thrown up in a fast-paced global market.


"While having a "national conversation between the Government, workers, employers, public interest groups and private sector organisations, may take longer time to arrive at workable solutions, they will be more sustainable and have wide acceptance." ~ Dr Tony Tan

Today, with the expose of several high-profile graft cases, and the economy slowing down in the midst of weaker global demand, again the call for a national conversation has gone out. 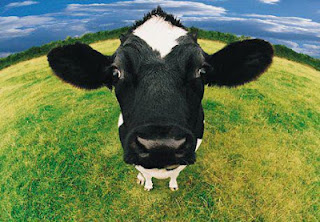 The 'national conversation' of today, to be led by younger cabinet Minister Heng Swee Keat, is called 'Our Singapore'. This new committee too has promised that there'll be 'no sacred cows' in the review of policies.

Another younger Minister in the cabinet, Tan Chuan-Jin, perhaps understanding the skepticism behind this 'new' initiative assured that the PAP government is not averse to changes, but the 'changes' he was talking of is not the type of change that comes with the slaughter of sacred cows, but one that comes with tweaks. Mr Tan reportedly promised some students and alumni of Singapore Management University that 'where tweaks are needed, they will be made'. (Mr Tan was perhaps drawing from the dialogue he held with interest groups on the Bukit Brown issue, when he said that.)

Prime Minister Lee Hsien Loong in speaking about this 'national conversation' in his National Day Rally speech said that for him the next chapter of the Singapore story should be about 'Hope, Heart, Home'.

The change in the format by PM Lee's speech was quite obvious. The PM perhaps understands that as the old social contract the PAP has with Singaporeans is fast fraying around the edges; where immigration, housing, widening income gaps have all made many Singaporeans wonder if their trade-off of certain civil liberties in return for prosperity is a promise the PAP government cannot keep, the PAP government has to forge a new social contract with Singaporeans - one focused on intangibles like Hope, Heart and Home.

Much has been said about what the Prime Minister said at his National Day Rally speech, but as we remain on the topic of national conversation, what is equally important is what he did not say - immigration, widening income gap and escalating HDB prices.

The Straits Times reported yesterday that despite the measures taken by the Government to cool the property market, cash-over-valuation prices for HDB flats are continuing to rise, and that prices of HDB resale flats will continue to inch upwards. As a father of two teenage children, I am concerned if they will be able to afford their own homes in the future. If 50-year mortgage loans will no longer be a "gimmick".

At the National Day Rally, the PM who spoke so readily about xenophobia, did not speak much about the PAP Government's immigration policy which has been the main reason for the rising anti-foreigner sentiment in Singapore. In a country with 4 in 10 being foreigners, how can the citizens have hope for the future?

The PM who spoke about upgrading the skills of our workers with lower-income, spoke nothing about narrowing the income gap. It's heartless to suppress the salaries of workers at the lowest rung and keep it artificially low.

And these issues are not new. Singaporeans have been trying to have a conversation with the PAP Government on all these issues, but they have been 'like little frogs, deaf to all criticisms'.

Even if they say that they will be 'deaf to all criticisms' they did hear the citizens; for the PM himself said during the last General Election, "if we didn't quite get it right, I'm sorry but we will try better the next time".

More than a year after the last election, there seems to be some political amnesia. When the people of Singapore are ready for a National Debate, the PAP Government keeps asking the citizens to keep engaging them in a National Conversation.

A conversation which will probably only bring tweaks to the existing system - which the PAP Government hopes will assuage the deep dissatisfaction Singaporeans feel, and in the process, perhaps a new social contract.