There was no need for TOC to cry wolf 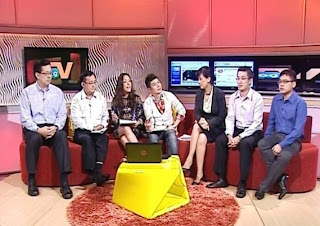 When TOC first received the email about Seng Han Thong's comment past 6pm on Wednesday, 21 December, we were not sure if an MP would really make such a comment. The exact words used by the contributor were, " During the (BlogTV) episode, he (Seng Han Tong) commented that the reason why SMRT has a lack of communication between its ground staff and commuters was due to the Malay and Indian staffs having a poor command of the English language."

We asked the contributor if the exact video could be pointed out to us. The video pointed out was a CNA one which was embedded in Microsoft's Silverlight software. The video being available in this format made rewinding and listening to the exact words spoken that much difficult. (The Youtube version of the BlogTV programme only became available much later.)

In the end, we could not decide if Mr Seng had used the word "PR" and if he had, was he referring to his own PR or the PR department of SMRT. So we decided to err on the side of caution and publish that Mr Seng had said "some staffs are “Malay(s), they are Indians, they cannot converse in English good, well enough”."

One reason we did that was because with the recent failures of SMRT, we did not want the general public to be incensed unnecessarily towards the staff of SMRT. In this instance the staff of the PR department of the SMRT. We were angry with management of SMRT for the service lapse, but we are 100 per cent behind the SMRT workers. The disruptions were not their fault and we also mentioned that in our rally at the Speakers' Corner recently.

We reasoned that if he was quoting someone else, Mr Seng would write to us to clarify or post somewhere the accurate version, and when he did that we would put it up on our website. TOC did exactly that when Mr Seng later clarified that what he had actually said was, “I notice that the PR mention that, some of the staff, because they are Malay, they are Indian, they can’t converse in English good, well enough, so that also deters them, from but I think we accept broken English.”


There was absolutely no intention to do a (as Dr Cherian George says in his blogpost), "sensational report on what a PAP MP said". With the recent fiasco of SMRT, (if TOC was going for the sensational) it would have been more sensational to direct the anger at SMRT - never mind if it was the management or the staff. TOC did not do that!

Also TOC did not set-out to mislead the general public by omitting what Mr Seng said. We embedded the CNA video and left a time reference to the exact point at which Mr Seng's comments appeared.

With the benefit of hind sight, how TOC kept the article relevantly updated was good because the outrage did not become focused on the workers of SMRT.

TOC chose not to make any assumptions with reporting the article. Dr George however assumed that Mr Seng's "slip could have been due to political naivety rather than racism"; and in the first draft of the article (which is still available here), Dr George wrote, “As he spoke, he waved at the laptop screen facing the panelists, which presumably displayed comments from viewers. Seen in context, Seng was quoting the comment as part of a larger point he was making, that SMRT should have proper SOPs in place, and that in an emergency the drivers’ standard of English is no excuse for silence.”

I have been a part of TOC since August 2008, and I know that TOC is not always right. But we try to do what's right. In this issue, after the report went up, TOC published the clarification by Mr Seng (as an update to the same article), then we updated it with his apology. Then we further updated it with SMRT's response. Whenever we did an update we linked the update on our Facebook so that our readers could be appropriately informed. With all these care taken in reporting this story, Dr George still calls TOC reporting "loose" in his blog post today.

Well, TOC did not muddy the water by making unwanted assumptions. We don't have a need to paint Mr Seng as a racist. When we could not accurately verify what Mr Seng said, we chose to err on the side of caution.


And as it turned out, TOC did not misrepresent Mr Seng at all. SMRT in their statement on the episode that at no point did SMRT highlight any particular race was highlighted when SMRT tried to explain the challenges the organsiation faced in trying to train its drivers to make announcements, as not all of them are comfortable speaking in English.

Aaz said…
Ravi that is disingenuous. Just because SMRT said they did not say a specific race does not mean that what Seng Han Thong said was necessarily his own.

He may have misinterpreted the comments made or heard it wrongly.

Whatever the case, he stated clearly that it was someone else's opinion and not his.

Labelling someone racist in a multicultural society in public is a serious affair. How do you know he is really racist. Could you not have simply reported the entire conversation as newspapers would?

I am terribly disappointed with TOC and disgusted with the low standards of 'reporting' you purport to have.
December 23, 2011 at 6:17 PM

Anonymous said…
Aaz it is your comment actually that is disingenuous. If SHT had stated clearly that it was someone else's opinion, he should have come out to clarify who actually said it. Please be fair. TOC did not call him a racist. Actually it is you who have disappointed, with you tale of low standards.
December 24, 2011 at 1:06 AM

I am on your side based on a 'holistic' look at what had transpired - SHT without a doubt DID say those words in the video clip, that was pretty clear.

The fact is that he had misquoted SMRT, which subsequently DENIED saying it quite the way SHT said it on the programme.

That makes what SHT said his OWN. I don't see anything wrong with TOC taking a stand against his remarks since it did came from his mouth. As a responsible and veteran MP he SHOULD HAVE known/realised the implications of his spoken words. There is an appropriate Chinese saying (since SHT is Chinese-ed) that words once spoken would outrun the fastest horse. The idea is that one should be very very careful or sure before saying something. Look at what former PM GCT did to Dr Chee SJ over what the latter alleged said during a hursting or for that matter what LKY did to JBJ when the latter merely indicated that he had a police report in his hand WITHOUT giving even the slightest details of what was in it to the crowd!

It is right that the PAP themselves be treated in the same way its leaders has been treating others merely because they desire to offer an alternative view.
December 24, 2011 at 3:21 PM