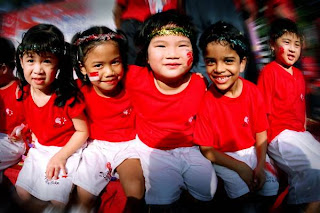 I said yesterday that "I suspect that the Prime Minister's reluctance to break away from the old, will be the one main factor which will gnaw away the trust the people of Singapore still have in the PAP."

I chanced upon Dr Tan Cheng Bock's blog today and his entry titled "A Radical Cabinet Reshuffle For the Better", confirmed my suspicion.

In his blog entry Dr Tan said "It is a big challenge for the new ministers. These are policies evolved over a long period of time and influenced by and under the watchful eyes of strong hard core old politicians. Thus in the past a softer option policy is deemed to be pandering to the people and is not the right thing to do. So policy makers then are always looking behind their backs to see if a nod had been given. This can be a big obstacle to change. It stifles creativity and initiative. A mind set change is necessary and this include civil servants, the implementers of policies."

When Dr Tan says this, he is not speculating like me. He was the Member of Parliament for Ayer Rajah from 1980 till 2006.  And more importantly, he was an elected member of PAP's Central Executive Committee for ten years, from 1987 - 1996. So, he should know first-hand, how things work within the PAP.

Mr Lee Kuan Yew was right in recently saying, ""2011 has seen a generation that does not remember from whence we came, but that is to be expected."  The PAP would only stand to lose even more if it chooses to strengthen the 'old' or perpetuate it.

This generation, and the generations to come, will look for something more than renewal, because renewal might just mean that the old got repackaged.  They will look for something beyond reform, because reforms have been implemented time and again with limited marginal, or no success.  Because reforms often leave the system intact, with slight modifications but refrain from addressing the larger structural issues associated with the policies.

It is towards these new type of leaders, will this new generation gravitate more and more towards. Towards those who will make this new social contract with them.
Opinions