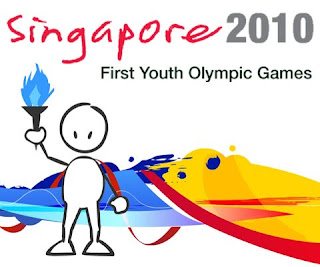 The international Olympic Committee, created the Youth Olympic Games on 5 July 2007, so that the youths of today and tomorrow, would have an event that they could call their own, which will also be in the spirit of the Olympic Games.

Singaporeans must be proud that we got to host the first ever Youth Olympic Games – a real Olympic event, with torch relay, anthem, flag and all.

Of course the public generally wants to watch athletes who are in their prime and not those that are in the process of getting there. But not even the detractors can disagree that the Youth Olympic Games (YOG) is an excellent platform to inspire the young sportspeople from all over the world to become better than the sports men and women of today who are in their prime.

And what about YOG’s budget overrun? Of course it ballooned from the original bid of US$75 million to US$284 million. But in my opinion, if it was spent so that Singapore could put its best foot forward in welcoming the young athletes from all over the world then, it was all well spent.

And we cannot even compare the money spent on YOG with the money spent by Ministry of Community Development Youth and Sports (MCYS) on COMCARE, for it will be like comparing apples with oranges. For one, the expenditure for YOG is a one-time thing, but the budget for COMCARE ($92 million annually) is an annually recurring one.

What about the food poisoning issues and the other hiccups? Food poisoning at international sporting events are not new. Several members of the United States’ track team became ill during the Beijing 2008 Olympics. And perhaps not many can recall how New Zealand’s All Black (national rugby team), suffered an outbreak of food poisoning at the 1995 Rugby World Cup Final.

Hiccups are inevitable when hosting events of international magnitude like the Youth Olympic Games, and no matter how well you plan for it, it is almost impossible to avoid hiccups; especially when Singapore has never had an opportunity to host such mega sporting events.

Of course the mainstream media could have tried a little less to conjure up an imaginary euphoria for YOG. Who can forget Rohit Brijnath’s “history filled the nostrils” article and Associate Professor Ang Swee Hoon’s “More importantly, we should feel in our hearts a sense of awe that our country has been chosen to initiate this new series of games.” (The YOG is coming, Are you excited yet?).

And the blogosphere should have tried a little more to be more supportive of this inaugural event.

It seems that it is but politics which has divided the mainstream media (which seems largely more aligned with the establishment) and the blogosphere (which is more sympathetic towards the opposition), from coming together in a concerted effort to promote an international event like YOG.

If so, it is indeed sad that this divide remained an obstacle against promoting the principles of the Olympic Games – the principles that merit should be the sole criterion and that there should be no discrimination based on race, religion or political affiliation.

The YOG was a perfect event for people of all party affiliations, political leanings and ideological differences, to have come together to show the solidarity of Singapore to the rest of world. But alas, this was an opportunity missed.

For me, my stand is clear. I support YOG. I say a big “thank you” to the people who were behind the successful bid to bring the YOG to Singapore; and a big “thanks” to the athletes from all over the world, the volunteers and the organisers.

Singaporeans and Singapore must surely feel proud to have hosted the inaugural Youth Olympic Games.

And off I go now to the Closing Ceremony of the Youth Olympic Games – to show my support of the Games.