The truth about nuclear energy 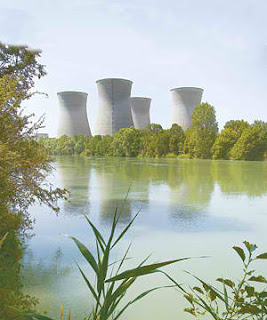 Led by Finance Minister Tharman Shanmugaratnam, the Economic Strategies Committee (ESC) in unveiling its ambitious plans for Singapore’s economic transformation suggested the feasibility of using nuclear energy to meet the base load electricity demand and ensure Singapore’s energy security in the long run. [1]

The government of Singapore should seriously consider if nuclear energy is something that is suitable for a country like Singapore.

The cost of launching a nuclear power reactor from the ground up is too slow and expensive a process. And the World Information Service on Energy has rightly pointed out that when factors like construction, extraction, treatment, conversion, transport and stocking of waste are taken into account, the nuclear sector’s CO2 emissions are far from negligible.

It takes many years to build a nuclear reactor and the billions of dollars of investment needed to build the nuclear reactors would create twice the amount of carbon pollution in that time frame. And what’s more important is that it takes away the resources needed to implement meaningful climate change proposals.

Patrick Moore, a prominent environmentalist, said in his 1976 Greenpeace Report that “Nuclear power plants are, next to nuclear warheads themselves, the most dangerous devices that man has ever created. Their construction and proliferation is the most irresponsible, in fact the most criminal, act ever to have taken place on this planet.”

In November 2000, the United Nations Climate Change talks in The Hague refused to give nuclear energy greenhouse gas credits, recognizing it for what it was: a dirty, dangerous and unnecessary technology.

But is nuclear energy the way to go to ensure energy security?

In September 2009, Yves Marignac, a leading international consultant on nuclear energy issues, referring to 50 Years of French Failings in Nuclear Power, said at a major U.S. news media briefing that if the real aim of the nuclear programme was to reduce oil dependence, then it has clearly failed in its objectives; that over 70 percent of France’s final energy is provided by fossil fuels (oil, gas, coal), with oil accounting for 49 percent of the energy consumption in 2007. Nuclear power cannot provide energy security, as it only has a marginal effect upon oil consumption, which is dominated by the transport sector. [2]

It is but a myth that nuclear power promotes “energy security”!

There are no 100% safe reactors in the world. All operational reactors have safety flaws, which cannot be eliminated by safety upgrading. The spent fuel of these nuclear reactors have the potential to release catastrophic radioactivity and are also prone to acts of sabotage and terrorist attacks.

There is no secure, risk-free way to store nuclear waste. The waste remains radioactive for hundreds of thousands of years.

It encourages the proliferation of nuclear technology and materials usable in nuclear weapons and “dirty bombs”.

The truth is the risks from nuclear energy are real, inherent and long-lasting, and I hope the Prime Minister of Singapore will rule out this suggestion of the ESC.