It's ok only if you're a PAP activist 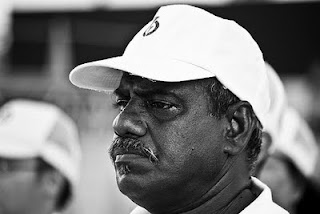 Although activism can stem from any number of political or social orientations and can take a wide range of forms, it is usually used to describe an intentional action to bring about change in the spheres of economic justice, environmental well-being, social justice or political rights. The word is almost synonymously used with protest and dissent.

Which was why I was surprised to read that Mr Sitoh Yi Pin said, "Our activists will continue to fight", when responding to a question of what does he think about Member of Parliament Chiam See Tong, leaving Potong Pasir to contest in a Group Representation Constituency (GRC).

Never mind that Mr Sitoh did not actually answer the reporter’s questions – but since when did the People’s Action Party have real ‘activists”. I mean what is their protest or dissent for?

I thought the word ‘activist’ was another dirty word in Singapore. I remember sometime last year, when I was being interviewed by a newspaper and I asked to be identified as a social activist and the reporter showed her reluctance to include that in her report. She preferred if I identified myself as a community worker.

I guess it is ok to be an activist only if you are from the governing party.

I noticed that the PAP begins to throw around the word ‘activist’ around general elections time. For example, they wrote a tribute to their tireless and selfless activists after winning the 2006 general elections in the Aljunied GRC here.

Since the word has been thrown about by the PAP so much recently, is it an indication that the next General Elections is around the corner?
Musings social activist