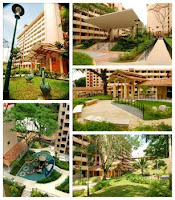 “It is meant to make residents aware of what is going on in their town and do something about it,” said Mr. Mah Bow Tan the Minister for National Development when reiterating a point that not just the town councils but the Housing & Development Board (HDB) residents themselves will come under the spotlight when the government launches its assessment of town councils later this year.

Although the Minister claims that this is “not a ranking exercise in the absolute sense of the word”, he admits that it is “quite understandable”, if residents make use of the report to raise asking prices for their flat. He further adds, “I don’t think there is anything wrong with that”.

But what begs the asking is, “what is the impending need for this assessment of the 16 town councils, which manages the Housing Board estates in Singapore?”

Besides assessing cleanliness and facilities management, the report, would also assess financial management. The Coordinating Chairman of the People’s Action Party’s (PAP) Town Councils which manage 14 town councils comprising of about 900,000 HDB flats, had a huge fallout last year when he said that the residents “should thank the Town Council for working hard to come up with a diversified portfolio”, when the diversified portfolio potentially lost $16 million. Is the current assessment of the 16 town councils, an exercise in public relations and damage control?

Further to this, the town councils managed by the opposition, are reportedly not given access to the Community Projects Improvement Committee (CIPC) funds, to spruce up the estates they manage.

For the report to be truly comparative, the report, which is to be submitted next year should include actuarial projections and studies of whether town council sinking funds are adequate or over-funded; as well as the number of investments in “capital guaranteed products” and the estimated annualised rate of return on funds for various time periods.

If the Minister for National Development’s call for transparency by the town councils is truly sincere, it should include quantum of fees and the expense ratio of TC investments, breakdown of its investments, investment management decision-making processes, the basis of awarding contracts, as well as the proper breakdown of salaries, bonuses, benefits, of town council staff, including details of expenses incurred by town council boards and committees. Is the report prepared to be extensive in its quest for transparency or is it merely going to gloss over these important aspects of transparency?

The recent changes announced with regards to the electoral boundaries, the NMP and NCMP schemes, and now the town council report which is to be submitted next year, all seemingly point to one possibility – General Elections 2010.

In 1997, the ruling party offered tempting incentives like upgrading to the residents of Potong Pasir but the residents in Potong Pasir tenaciously stuck on to the opposition side and refused to give the majority vote to the PAP candidate. The town council report certainly seems to be another exercise by the ruling party to remind Singaporeans of the unwritten social contract it has with them - “I give you prosperity (in this case spruced up estates which will command better resale value for your HDB house) while you give me your votes”.

One but can only wonder if this ‘social contract’ will be re-written.

Unknown said…
"Is the report prepared to be extensive in its quest for transparency or is it merely going to gloss over these important aspects of transparency?"

Unknown said…
Wow Ravi. What you are asking in terms of transparency is unprecdented.

Name me an organisation, public or private, which has the levels of transparency you demand. Corporations don't do it. Do governments around the world do it?
June 18, 2009 at 10:55 AM

Ravi Philemon said…
Michael, what is more important is that 'transparency' does not become mere rhetoric. There must be a firm resolution for open and transparent administration of the town councils and for that proper ordinances that pertain to the government and affairs of the respective town have got to be adopted.

Transparent is defined as "see through;” therefore, open and transparent government means that citizens are able to “see through” the workings of government.

This principle of transparent and open government must first be adopted.

In line with this proper policies must be developed to promote and enhance open and transparent government, while maintaining a balance between open records and security.

This call for transparency is even more imperative as town councils are not mere 'organisations' but are self-organising entities comprising of the town dwellers and their funds to maintain the town.
June 18, 2009 at 12:42 PM

Sure I understand what transparency means. But the crux of the question is how transparent is transparent?

It is good to be transparent of course as this makes you accountable to the people you serve.

But where else in the world do you find that form of transparency you demand? Because I can't think of any personally.
June 18, 2009 at 2:29 PM

Ravi Philemon said…
Michael, from having the highest paid ministers in the world to the baning of chewing gums, Singapore has not followed the norms of the rest of the world. As long as you are going for 'transparency' why not go all the way?
June 18, 2009 at 2:35 PM

You are linking two separate issues. You demand transparency of this nature from town councils. I ask where else do you see this level of transparency.

Please do stick to the issues at hand. The shifting of the goalposts does little to make your points clearer.
June 18, 2009 at 2:44 PM

Ravi Philemon said…
Michael, and I answered your question. As long as a balance is maintained between open records and security, why the need to look for 'norms' (even if they may exist) from the rest of the world? And anyways, the town councils as they are set-up in Singapore are very different from the town councils of lets say in UK or USA.

If you still want examples of transparency from other town councils elsewhere in the world, just compare the town council of turbeville from South Carolina: http://www.townofturbeville.com/council.html, where they not only include not just the audited reports, but also the Budget, the monthly minutes of council meeting, as well as even the register of cheques and the monthly financial reports; with the Holland-Bukit Panjang Town Council: http://www.hbptc.org.sg.

I know of other town councils that are so transparent and accountable to their constituents that they have a quarterly or bi-monthly meetings with their constituents, where their books are opened for scrutiny and questions are fielded.
June 18, 2009 at 3:10 PM

Seelan Palay said…
Thank you for the insightful blogpost. The Singapore Democrats have featured your post in our blogs of the week section – http://yoursdp.org/index.php/news/blogs-of-the-week