The Marxist Conspiracy - Not forgetting the evil things that have already been done! 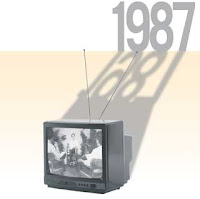 The arrests began in the early hours of the 21st of May 1987. Within a span of a few hours, 16 men and women of most of whom were social workers, dramatists, Roman Catholic Church welfare workers and lawyers, were arrested by the Internal Security Department for being part of a 'Marxist Conspiracy'. The government then said that the conspirators had links with Filipino leftists and proponents of ''liberation theology,'' as well as with European Marxists and Sri Lankan separatists. The detainees were then accused of trying to use Roman Catholic, student and other groups to build a legal front as a cover for political sabotage.

The 'threat' was so real that in 1988, then Prime Minister designate Mr. Goh Chok Tong addressing a conference of the National Trade Union Conference and stressing that political stability was an essential ingredient for wage increases; pronounced that should the political conspiracy have succeeded, "you can kiss your wage increases for this year goodbye".

But how real was the 'threat'? For merely five weeks after the initial arrests, the Foreign Minister, Mr. S Rajaratnam complained that over 200 organisations from around the world had sent protest letters to the government indicating that they do not believe there is an internal Communist threat in Singapore.

A Statement from Lawyers Rights Watch Canada states that some of the 'conspirators' did not even know each other prior to the arrest. The only opposition Member of Parliament at that time, Mr. Chiam See Tong, called them "innocent young idealists." And even the then Home Affairs Minister, Mr. Shanmugam Jayakumar who said that, "for critics abroad, if you want to understand the action, you must also understand Singapore's unique circumstance and problems", admitted that the detainees were mere novices.

If the 'conspirators' were mere novices, what was the real reason for the arrest and subsequent detention without trial for these 'Marxists'?

The International Commission of Jurists, who continually called the then Singapore government "to prove this alleged 'conspiracy' in open court, and give those detained a fair trial", deduced in an investigative report that the real motive for the arrests and subsequent detention without trial of the 'conspirators' is to quash internal opposition and criticism of the Singapore government, not to protect the security and welfare of Singapore society against a Marxist conspiracy.

Whatever the real reason, the arrests and detention without trial of the 'Marxist Conspirators' sure repressed an entire generation of young Singaporeans from involvement in any activity that could be termed "political".

"Repression, Sir is a habit that grows. I am told it is like making love-it is always easier the second time! The first time there may be pangs of conscience, a sense of guilt. But once embarked on this course with constant repetition you get more and more brazen in the attack. All you have to do is to dissolve organizations and societies and banish and detain the key political workers in these societies. Then miraculously everything is tranquil on the surface. Then an intimidated press and the government-controlled radio together can regularly sing your praises, and slowly and steadily the people are made to forget the evil things that have already been done, or if these things are referred to again they're conveniently distorted and distorted with impunity, because there will be no opposition to contradict." (Mr. Lee Kuan Yew as an opposition PAP member speaking to David Marshall, Singapore Legislative Assembly, Debates, 4 October, 1956)

21st May 2009, marks the 22nd anniversary of this repressive detentions. A group of concerned Singaporeans are coming together to make a statement that "we will not forget!". You are invited to come to Speakers Corner and remember this day with us.