In a culture of secrecy, no courage is required (the unedited version) 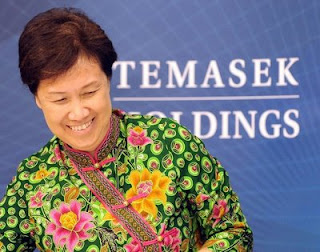 “A Temasek spokeswoman declined Friday to comment on the price the fund sold its shares for or the timing of the sale”, reported the Associated Press. Why should the secretive Temasek Holdings reveal such sensitive information to a wire agency when they will not reveal it to the real stakeholders in the government holding company, the citizens of Singapore?

Temasek Holdings was formed in 1974, after the government of Singapore took stakes in a variety of local companies, in sectors such as manufacturing and shipbuilding. In 2008, Temasek Holdings (which was by then managing portfolios worth $185 billion), was asked to appear before the US House of Representatives before a joint sub-committee of the House Financial Services Committee in a hearing related to foreign government investments in the United States. Temasek Holdings then declared that, "(it) has to sell assets to raise cash for new investments and doesn't require the government to give approvals", mainly to assuage US concerns on transparency and non-politicization of investments.

But why do you need the government to give approvals, when all the key position holders from the Chairman of the Board to the Chief Executive Officer are all linked to the government of Singapore? The Ministry of Finance is Temasek’s shareholder and the President concurs with the appointment, renewal and removal of Temasek’s directors and chief executive.

It was Mr. S Dhanabalan, a protégé of the former Prime Minister, Mr. Lee Kuan Yew, who Mr. Lee Kuan Yew identified as one of his possible successors (along with Mr. Goh Chok Tong, Mr. Ong Teng Cheong and Mr. Tony Tan), who picked Ms. Ho Ching (the wife of the current Prime Minister, Mr. Lee Hsien Loong), to head Temasek Holdings, saying that she was "the best person for the job," that it had "nothing to do" with her being Mr. Lee's wife, and citing "a willingness on her part to take calculated risks."

Ms. Ho Ching’s penchant for risk-taking came to the fore in July 2007 with Temasek's roughly $6 billion investment in Barclays taking a 2.1 percent stake in the bank. The New York Times then reported that a former (unnamed) advisor to Temasek Holdings as warning that Temasek's strategy of buying big chunks of companies exposes it to potentially deep losses if markets turn.

The warning by the unnamed former advisor now certainly looks prophetic. In March 2009, the Ministry of Finance reported that the Singapore sovereign wealth fund lost $39 billion 31 percent of its value in just eight months. It shrank from $185 billion to $127 billion between March and November last year.

Temasek Holdings lifts its cloak of secrecy partially when it is beneficial to its cause. For example, in October 2004, to satisfy the legal requirements in issuing bonds to raise money from the public, Temasek reported its accounts to the public for the first time in its 30-year history. Where is this accountability when $6.8 billion seem to have been lost in the untimely divestment from Bank of America? What is even more alarming is the fact that they would have probably kept quiet if not for the compulsory Form 13F filing to the U.S. Securities and Exchange Commission from Temasek indicating that the fund no longer held shares in Bank of America or Merrill Lynch as of 31 March 2009.

In taking pre-emptive measures from the negative response such news will unleash from the public, Ms. Ho posted on Temasek’s website that it will now cut its holdings in the so-called OECD countries to 20 percent as it expands in Asia and emerging markets from Latin America to Africa.

The question remains, even with the pre-emptive statement before the filing was made public, “even if there is a need to cut the exposure to OECD countries, why do it now, especially when you will make such huge losses?” Did not Minister Mentor Lee Kuan Yew say in February this year when explaining why Singapore was able to invest in American banks that, “When we invest, we are investing for 10, 15, 20 years. You may look as if you are making a big loss today, but you have not borrowed money to invest. You will ride the storm, the company recovers, your shares go up”?

How right was Minister Mentor when he says that the investments are “your shares”? If this is indeed the share of the people of Singapore, don’t they have a right to know where, when and how the funds are invested; and even more importantly what are the profits and the losses of such investments? Why the reluctance to reveal to the real shareholders the actual price the fund sold its shares of Bank of America for or the timing of the sale?

Ms. Ho seems to leave a trail of taking huge risks and making huger losses, first with Singapore Technologies and now with Temasek Holdings. You need no courage to cut the losses when the funds invested were not yours in the first place.
Bloggers Economic Crisis social activist The Online Citizen