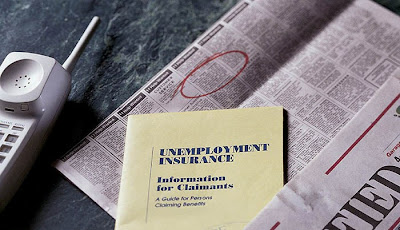 Selena Ling an economist at Overseas Chinese Banking Corporation feels that the government could have been more generous in terms of helping individuals directly. She says, “A lot of measures (in Budget 2009) were biased towards helping companies because they expect that what helps companies will help individuals. They have prioritised saving jobs as the key theme this year, so they are thinking that as long as you have a job, you are okay”.

How right is her observation! Could the Budget have initiated measures that would have targeted workers directly? Is this an opportune time to have initiated measures like unemployment insurance; which will be a means of temporary income for eligible workers who become unemployed through no fault of their own and who are ready, willing, and able to work?

The International Labour Organisation (ILO), a United Nations agency, says in a recent report, “Improving social protection systems and providing immediate relief to workers and families are essential complementary interventions to employment growth strategies. Extensions of unemployment insurance and of health care coverage are essential measures to help people face the crisis. Unemployment insurance systems not only provide time to seek new opportunities and to reskill, but they also serve to maintain an adequate level of consumption in society”.

It cannot be deduced that Unemployment Insurance (UI) is not appropriate for a highly industrialized Asian ‘tiger economy’ like Singapore. South Korea the first country to be identified as a ‘tiger economy’ has a (un)employment insurance scheme which was first put into place in 1 July 1995. The unemployment scheme was further extended rapidly in the wake of the unprecedented economic crisis in 1997. In March 1998, the ILO reported that South Korea is the only sizable Asian economy that appears to be pulling out of the economic crisis and urged other Asian countries to create unemployment insurance, and to increase spending on social assistance.

In January 2009, an unprecedented number of 128,000 Koreans applied for UI. But early anecdotal evidence suggests that the unemployment insurance payouts have helped to ensure that workers were not forced to sell their homes or even cars. The system protects not only the unemployed, who can continue to pay their mortgages and interest, but also indirectly the banks, because their loans to households are repaid even in times of recession.

Benefits fall into two broad categories in the South Korean Employment Insurance Act and are calculated using different rates. The first category is ‘Unemployment Benefits’ which is calculated at a rate of 0.9% of the employee’s total annual wage; of which both the employer and employee must pay 0.45% each. The second category is described as ‘Employment Security and Vocational Development’ and it is paid by the employer only. The amount paid by the employer ranges from 0.25% (for a company with less then 150 employees) to 0.85% (for companies with more than 1,000 employees) and the percentage is applied to the year’s total wage of all employees.

During this economic crisis, Budget 2009 should have funded such an unemployment insurance scheme from government surpluses. This will not be an exception because government surpluses have been handed out in the past, as Central Provident Fund (CPF) top-ups and as Singapore shares. When the economy picks up, the hand-out from the surpluses should be discontinued; and the employers should be mandated to contribute (between) an additional 0.7% to 1.3% towards such a scheme.

Employer CPF contribution rates should be restored; to at least to the ‘pre-SARS’ rate of 16% after this economic crisis ends; and the increase in the rate of contribution should be used for needful social protection schemes like unemployment insurance.

Credit Suisse forecasts that as many as 300,000 may become unemployed in Singapore this year. The Development Bank of Singapore said this crisis could claim 99,000 workers. There is an imperative need to study and implement a national unemployment insurance scheme.

In 2006, the government also dismissed the unemployment insurance. Most workers already have some form of retrenchment protection, it said. The Ministry of Manpower (MOM) did a survey in 2004 and found that 96 percent of private sector establishments with at least 25 employees paid retrenchment benefits to their local employees who had at least three years of service. This suggests that there is already some kind of unemployment protection which is in the retrenchment benefits scheme.

But questions remain. What is the total percentage of Singapore companies with 25 or more staff? What about those who lose their jobs before completing 3 years of service (especially the new entrants to the job market) in this economic crisis? What about the companies who fail to deliver retrenchment benefits even for employees who have worked for three years or more because of bankruptcies and/or closure of their enterprise?

Dr. Yap Mui Teng, Senior Research Fellow of The Institute of Policy studies recommends as much in his report entitled, “Employment Insurance: A Safety Net for the Unemployed”. Dr. Yap concludes in this report, “The Korean (Employment Insurance System) EIS embodies many of the principles Singapore holds dear in its employment and welfare policies. It is worthy of study, and perhaps even emulation, for the way it combines the social safety net with active measures to promote employment, thus providing welfare without dependency. The system is also self-funding, without being a drain on government coffers. Perhaps and EIS-type scheme providing for employment security can be introduced as another component of the CPF (Central Provident Fund)…with premiums paid from the CPF Ordinary Account”.

The UI has its roots in the Great Depression. It was first instituted during that period to encourage spending and help the poor economy. Unemployment insurance is the quintessential economic stimulus: and it is the first line of defense in a recession. Unemployment Insurance helps laid-off workers maintain consumption and search for a job that matches their skills. Kenneth Jeyaretnam the son of the late JB Jeyaretnam says, “And the point about unemployment insurance is, apart from any justification on equity grounds, is that it acts as an automatic stabiliser to maintain consumption and prevent the economy deteriorating further. Boosting domestic consumption is something Singapore …will have to do in future as they have reached the end of the road as far as depending on the US for export-led growth.”

In a recent CNBC report titled “Financial Crisis Sees Suicide Rates Rise in Asia”, Paul Yip, a mental health and suicide prevention specialist in Hong Kong says, “Work is very important to the Asian because we don’t have very good social security and losing one’s job is associated with the loss of ‘face’. So the trauma can be great”.

Unemployment Insurance can give the needed assurance to the traumatised retrenched, that they need not drastically cut back on things like education or healthcare or insurance; and therefore it enhances economic security.

It is essential for Singapore to develop a workable unemployment insurance system amidst the globalizing economic environments where jobs in general become more flexible and less secured and workers become more vulnerable to any economic turbulence which easily threatens job securities of workers. Even Thailand has introduced unemployment insurance since 2004; and countries like Malaysia, Sri Lanka and Nepal are also considering the possibility of introducing employment/unemployment benefits in the near future.

Singapore Budget 2009, the ‘Resilience Package’ should have shown greater empathy and concern for the resident workers of Singapore by ensuring economic security, by announcing an initiative like unemployment insurance, which would surely provide social protection and the means of being truly resilient, in this economic crisis never before seen in post-independence Singapore.
———
Support the Facebook campaign for Unemployment Insurance at: http://www.facebook.com/group.php?gid=64680475154
Budget 2009 Economic Crisis Economy The Online Citizen